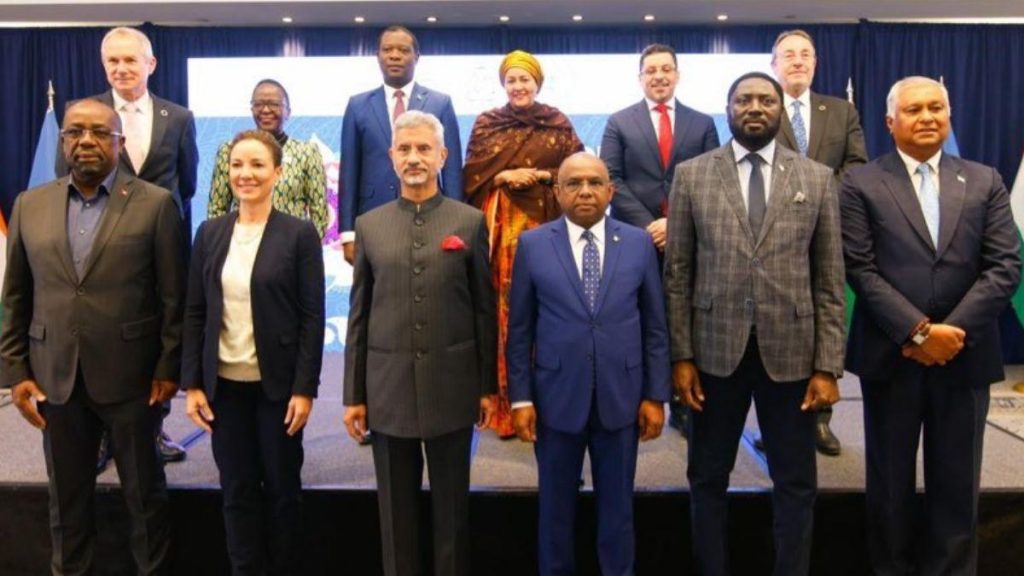 India’s External Affairs Minister S Jaishankar while addressing the 77th session of the United Nations General Assembly (UNGA) fiercely targeted China and Pakistan. Giving a strong message to China not to blacklist declared terrorists in the United Nations, he said that those who do politics by defending declared terrorists, they do so at their own risk. In his address, without naming Pakistan, he mentioned its support on cross-border terrorism. He said that no rhetoric can cover the blood stains. The United Nations responds to terrorism by banning its perpetrators. We will not tolerate cross border terrorism. He called on the United Nations to take strict action against the countries sponsoring terrorism and those who defend them. News related to 1267 resolution being politicized He said- Trust me, by doing this, those countries neither advance their interests nor actually advance their prestige. He said that India advocates zero tolerance after suffering the brunt of cross-border terrorism for decades. It should be noted that Resolution 1267 prohibits individuals and entities that support or finance the acts or activities of individuals, groups, undertakings and entities related to ISIL, al-Qaeda. Invited to join the Anti-Terrorism Committee, Jaishankar said that India is ready to take up the big responsibility. India is going to chair the G20, the committee dealing with terrorism. Jaishankar invited all the member countries of the United Nations to participate in the Anti-Terrorism Committee in Mumbai and New Delhi. China halts India-US proposal for the third time . Sajid Mir is India’s most wanted terrorist and was involved in the 2008 Mumbai attacks. India had also demanded to declare it a global terrorist. This is the third time that China has banned any Indo-US proposal. Earlier, China had refused to blacklist Lashkar-e-Taiba and Jamaat-ud-Dawa (JuD) leader Abdul Rehman Makki and Jaish-e-Mohammed (JeM) chief Masood Azhar’s brother Abdul Rauf Azhar. Masood Azhar was patronized by Beijing. Abdul Rehman Makki is the deputy commander of Lashkar-e-Taiba and brother-in-law of Lashkar-e-Taiba founder Hafiz Saeed. The United Nations committee has also declared Jamaat-ud-Dawa, the political wing of Lashkar-e-Taiba, as a terrorist organization. Sajid Mir is the top commander of Lashkar-e-Taiba (LeT) and is in charge of Lashkar-e-Taiba’s India setup. India is only in favor of talks in Ukraine conflict, External Affairs Minister S Jaishankar said that India’s side has always been honest regarding Ukraine conflict. India is in favor of peace and will always be its advocate. We are on the side that shows dialogue and diplomacy as the only way out. It is in our best interest to work both within and outside the United Nations to find an early solution to the Ukraine conflict, he said. He said in his address that the Ukraine conflict has further increased the economic pressure on food and energy.