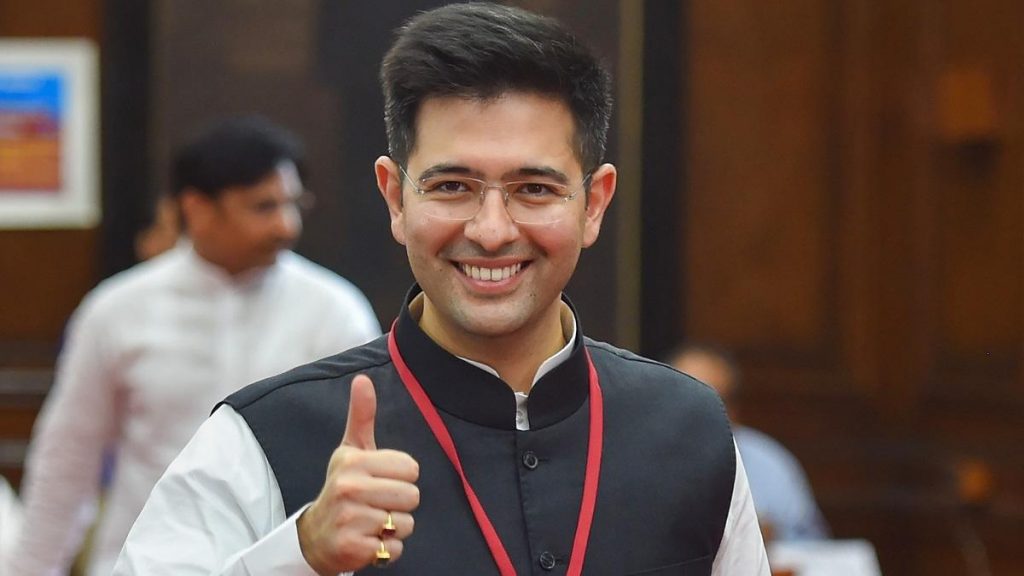 In Gujarat, the electoral battle between the Aam Aadmi Party (AA) and the Bharatiya Janata Party (BJP) is intensifying. AAP’s Rajya Sabha MP Raghav Chadha arrived in Gujarat on Friday for the first time after becoming the co-in-charge of the state. He targeted the BJP a lot by holding a press conference in Rajkot here. He said that he came here and met many agitators. Talked to him and he came to know that the agitators are raising a slogan here these days, ‘Ek kachori-do samosa, BJP tera zero trust’. Raghav Chadha said, “The situation in Gujarat is such that today people suffering from BJP’s misrule are agitating everywhere. I met many agitators, talked to them, I said talk to BJP people, what do you know in view of the elections? Get your work done. He replied that nowadays there is a slogan in Gujarat. That is – 1 Kachori 2 Samosa BJP Tera 0 Bharosa” Raghav Chadha said that in today’s Gujarat state government employees, Group C and D employees From education assistants, Anganwadi workers, mid day workers, village computer entrepreneurs and sanitation workers, many people are not happy with the government. Everywhere there are agitations against the government. Today in Gujarat people suffering from BJP’s misrule are agitating everywhere. I met/talked to many agitators, I said talk to BJP people, do you know what work should be done in view of the elections. Related News — Raghav Chadha (@raghav_chadha) September 24, 2022 Raghav Chadha has played an important role in the Punjab Assembly elections for the Aam Aadmi Party. So now the party has made him co-in-charge of Gujarat elections. Raghav Chadha reached Rajkot on Saturday morning. He held a meeting with party workers and senior leadership here and later held a press conference. Raghav Chadha is also scheduled to visit Mahatma Gandhi’s childhood residence in the evening. This visit of Raghav Chadha is taking place at a time when Delhi Deputy Chief Minister Manish Sisodia is already present there. At the same time, Arvind Kejriwal and Punjab Chief Minister Bhagwant Mann are reaching Gujarat on 25 September.