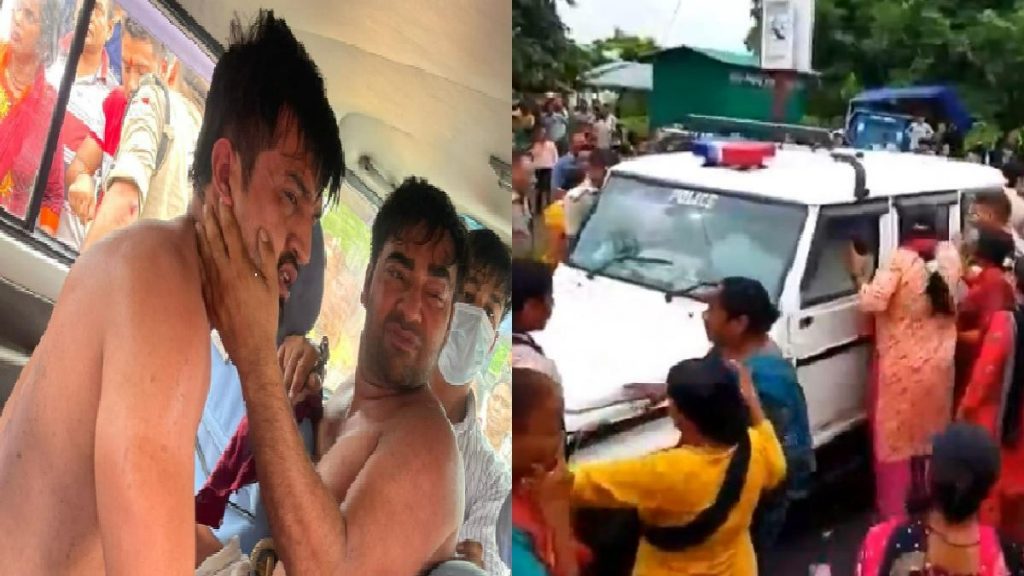 People have assaulted Pulkit Arya, Ankit and Saurabh Bhaskar, accused of Ankita murder case in Uttarakhand. The incident took place when the police was taking the accused to Kotdwar to produce them in the court. Meanwhile, hundreds of villagers stopped the police vehicle in Kodia, ahead of the barrage bridge. All the accused in the case have been sent to judicial custody for 14 days. During this, the villagers also misbehaved with the journalists covering the matter and snatched their mobiles. It is noteworthy that Ankita Bhandari was a receptionist at a private resort in Yamkeshwar assembly area of ​​Pauri Garhwal district. He was killed by being pushed down a hill into the Ganges. Ankita’s body has not been recovered yet. Police and SDRF teams are conducting a search operation. Ankita, 19, was missing from September 18-19. A campaign was going on on social media to search for the missing. Watch the video here… Related news The murder was committed on September 18, after the arrest of the accused in this case, the police told that Ankita was murdered on the night of 18th. Police arrested three people including Pulkit Arya, son of BJP leader in this case. Ankita was the receptionist at Pulkit Arya’s resort. In the case, DGP Ashok Kumar said, “A missing complaint was registered with the Revenue Police. Which was transferred to the regular police the same day. In 24 hours, three accused including the main accused Pulkit Arya were arrested by the Laxman Jhula police.” Trying to mislead the policeReceptionist Ankita Bhandari used to live in a separate room. For a few days she was going through mental stress. Due to this, on September 18, she took her for a tour of Rishikesh. He further said, “Returned from there late at night. After this, everyone went to sleep in different rooms built in the resort. But, on the morning of September 19, Ankita was missing from her room.” (Report:- Vikas Verma)