‘Survey of Hindu monasteries should also be done…’, Asaduddin Owaisi furious over the order to investigate Waqf properties in UP Com Auto News 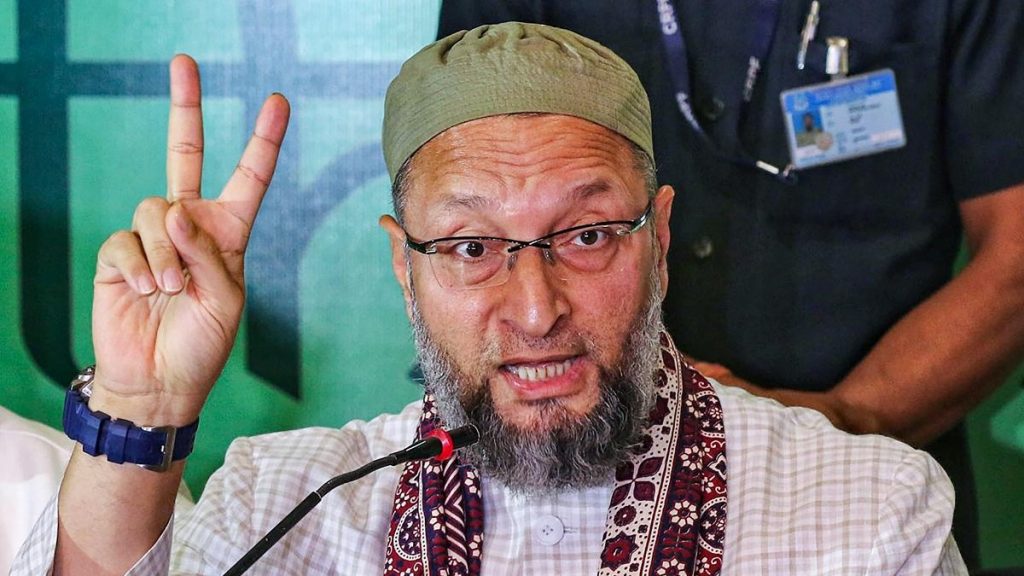 After the survey of madrasas in Uttar Pradesh, now an order has been ordered to investigate the properties of Waqf, which is being opposed. AIMIM chief Asaduddin Owaisi has also raised his voice against this. Asaduddin Owaisi said that the order of the UP government is illegal, which should be withdrawn. Questioning the Shia and Sunni Waqf Board, he said that what are they both doing? Owaisi said that this is a small NRC in a way. Asaduddin Owaisi said that I have been saying since the time of survey of madrasas that this is a conspiracy. By doing this, Muslims are being systematically targeted. What are Shia and Sunni Waqf Boards doing at the moment? AIMIM chief Asaduddin Owaisi further said that if the government has to conduct a survey of madrasas, then survey Hindu monasteries as well. Everyone should be surveyed. In the press conference, Owaisi said that if the government is conducting a survey of madrasas to prevent encroachment on their land, then the government should also give some powers to the Waqf Board. In the press conference, Asaduddin Owaisi also spoke on the Karnataka Hijab controversy. He said that wearing hijab is a matter of his own choice. It is part of saving the culture. What has the UP government ordered? Along with the survey of madrasas in UP, the properties of the Waqf Board will also be investigated, this decision was taken by the UP government on Tuesday. On Tuesday, the Yogi government canceled a Waqf mandate of 1989. The government says that 33 years ago a wrong ordinance was issued and now the government is correcting that mistake. Now the properties which have joined the Waqf after 1989 will be investigated and all the old mistakes will be rectified. In fact, in 1989, on the basis of a wrong order, an order was issued to automatically register high or mounded land, barren land, usar land as Waqf property, which was being misused fiercely. Many lands which were cultivable or barren and uncultivated, by virtue of this order were considered as Waqf and registered under Waqf. The government says that there should be an accurate assessment of the cemetery, mosque and Idgah lands, they should be demarcated because on the basis of this ordinance of 1989, many such properties which were barren, wet in the revenue records were also declared as Waqf in the records. has been registered as such.