‘Mumbai is only land for you, but motherland for us’, Uddhav Thackeray warns BJP Com Auto News 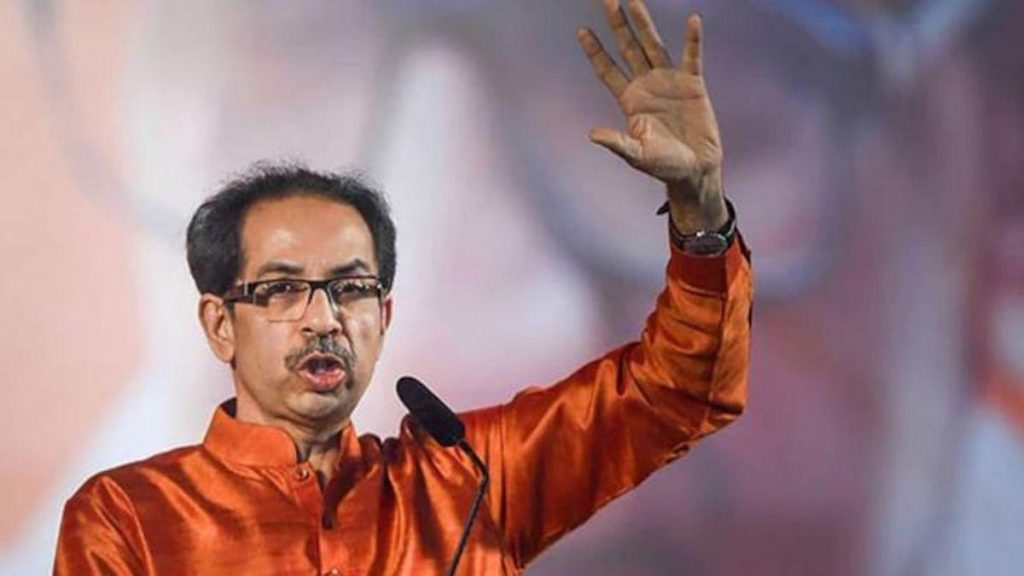 After snatching power in Maharashtra, Shiv Sena President Uddhav Thackeray is once again seen in full form. Uddhav Thackeray, while addressing a rally of party workers in Goregaon on Wednesday, attacked the opponents fiercely. He said that Mumbai is only a land to sell in your eyes but it is this motherland for us. Whoever looks at our mother, will show her the way out of politics. He said- Amit Shah had said that he would show the land to the Shiv Sainiks. If you show us the land, we will show you the sky. He challenges Amit Shah and said that if you have the courage, then conduct BMC elections in a month and get the assembly elections done soon. We will show you the land. He said that in the past also many Nizams and Shahs tried to capture Mumbai, but failed in their nefarious attempt. Seeing the crowd gathered in the rally, he said that if today’s crowd is so much, then what will happen to the Dussehra rally? He said that there is such a crowd that’s why Shiv Sena does what it says and you have to go from house to house and tell what it has done. This time Dussehra rally will be held in Shivtirth (Shivaji Park). Sanjay Raut will break but will not bow down: Former CM said about Sanjay Raut that he is not on the stage, yet his chair has been kept. I want to make it clear that he has not joined any army. He is one of those who will break but will not bow down. Uddhav Thackeray, who is roaming around the father stealing gang, said while taking a jibe at CM Eknath Shinde, these days a gang is roaming around which steals the father. Earlier I have seen a gang stealing children but this is a new gang. He said that these traitors had gone to Surat to eat dhokla because they could not digest our chili. Shahneeti will not be able to break us now Uddhav Thackeray said that Jana Sangh is the first organization which created a rift in the movement of Samyukta Maharashtra. They come from that clan, which breaks up. He said that he had a fair share in every post in the BMC. My Shiv Sainiks worked hard and they had big posts. The former CM attacked the BJP and said that now no politics of partition will work. Hindus, non Hindus, Marathis, non Marathis, Gujaratis and North Indians, all are with me because my soldiers have helped them all. He said that Shahneeti will not be able to break us now. Will try to bring back Vedanta project Uddhav Thackeray attacked BJP that they brought cheetahs but marketed them on a large scale. He said that BJP took Vedanta project from Maharashtra to Gujarat. He said that I have come to know today that the Center will give more subsidy for this project. This shows that they had already decided to remove this project from our state. He said that if needed, Vedanta will work on the issue of bringing the project back to Maharashtra. If the government is to be formed by giving falsehood, then why elections? Attacking the opponents, the former CM said- Do you even have a face to fight against corruption? This is a ‘Khokha Government’. He said that when you have to form the government by giving a hollow, then why do you fight elections? The former CM attacked Raj Thackeray without naming him. He said- Now they have come to know your strength, so they have also taken Munnabhai with them. Will Amit Shah show what war is? Uddhav Thackeray said- I have heard that PM is coming for BMC election campaign. Home minister, our adversary and Munnabhai (Raj Thackeray) will also be present. I am waiting for all of them to come and attack us. I challenge Amit Shah to come and fight us. We will show them what war is. Recently, Maharashtra Deputy CM Devendra Fadnavis had asked Shiv Sena to contest the BMC election as it would be its last election. To this Uddhav replied saying that I claim that this is his last election. After this he told the workers- I appeal to all of you to fight this election as if it is our first election. Like once Asha Bhosle said that she sings every song as if it is her first song.