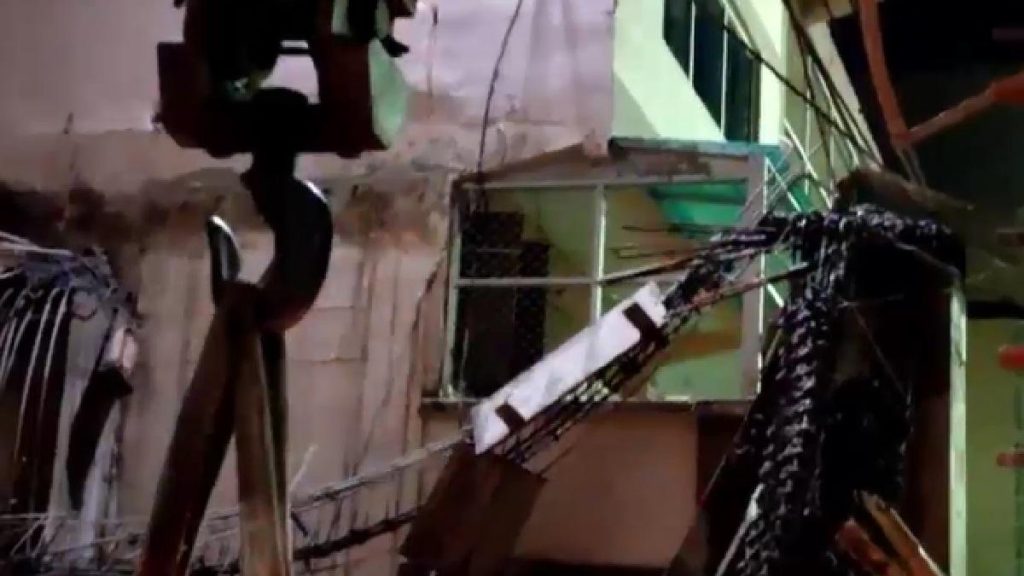 A big accident happened in Gorakhpur, UP on Wednesday evening. A two-storey building under construction collapsed in Islamia College of Commerce campus in Bakshipur of Kotwali police station area. Two laborers have been buried in the accident, the work of rescuing them is going on. A worker has been fired. At the time of the accident, 10 workers were working in the building. On the information, along with the district-police administration, the team of SDRF, NDRF, Fire Brigade, Health Department has reached the spot. Officials claim that only two laborers are buried under the debris in the accident, and efforts are on to save them. Gorakhpur SSP Dr. Gaurav Grover and ADM Finance and District Disaster In-charge Rajesh Kumar Singh said, “The two-storey under-construction building collapsed. Linter casting work was going on on the second floor with the help of a lift. Two workers are feared trapped. Getting them safe is the priority.” The official said that a green corridor has also been made to take the workers out safely and take them to the hospital. Fortunately, the accident did not happen when the college was going on studies. Had it been so, a major accident could have happened. The reasons for the incident are yet to be ascertained. Strict action will be taken against the culprits after investigation.