BIHAR: Smuggler arrested with charas worth two crores, was going to give delivery to Rajasthan Com Auto News 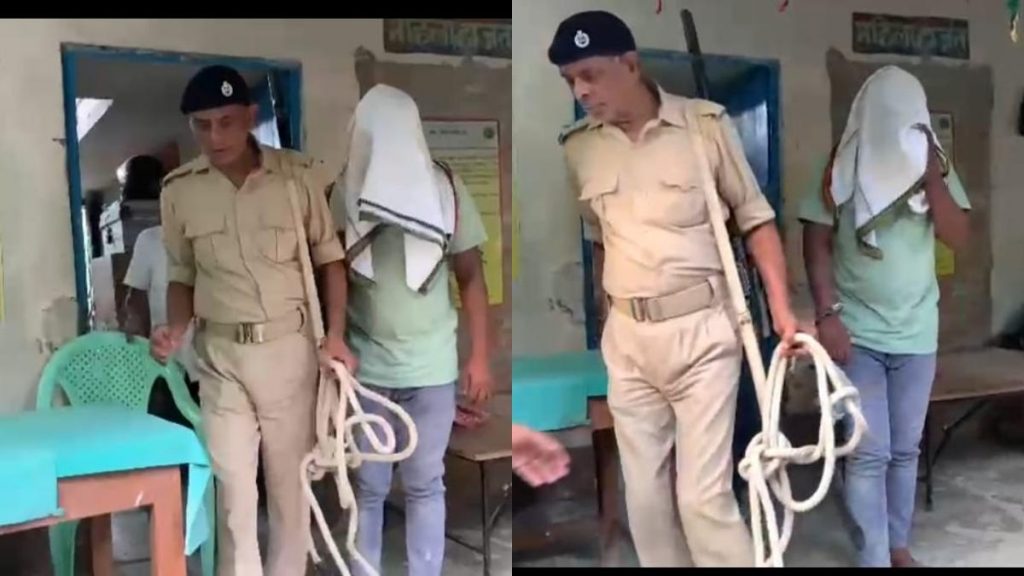 Police has arrested a smuggler with charas in Motihari, Bihar. His accomplice has fled taking advantage of the opportunity. This smuggler was going to deliver narcotics from Nepal to Kota in Rajasthan. Its price in the international market is estimated to be around Rs 2 crore. According to the police, Turkaulia police had received secret information that a large consignment of charas was about to pass through Shankar Saraiya Marg. After this, the police caught a bike rider by laying a trap. However, one of the smugglers managed to escape. On search, 19 packets of about half-and-a-half kg were found from him. The weight of charas loaded in it is 9 kg 600 grams. Related news The arrested smuggler is a resident of Mathwa village of Turkauliya police station area. The police is now collecting information from the arrested smuggler about other smugglers involved in the drug syndicate. In the matter, Sadar DSP Arun Kumar Gupta said, “A large consignment of narcotics was reported. After this, all the police stations of the district were put on alert mode. Police was checking vehicles from place to place.” He told, “During this, two youths riding a bike were seen coming from Turkaulia’s side. When the police tried to stop them, one youth escaped. At present, the police have arrested a smuggler.”