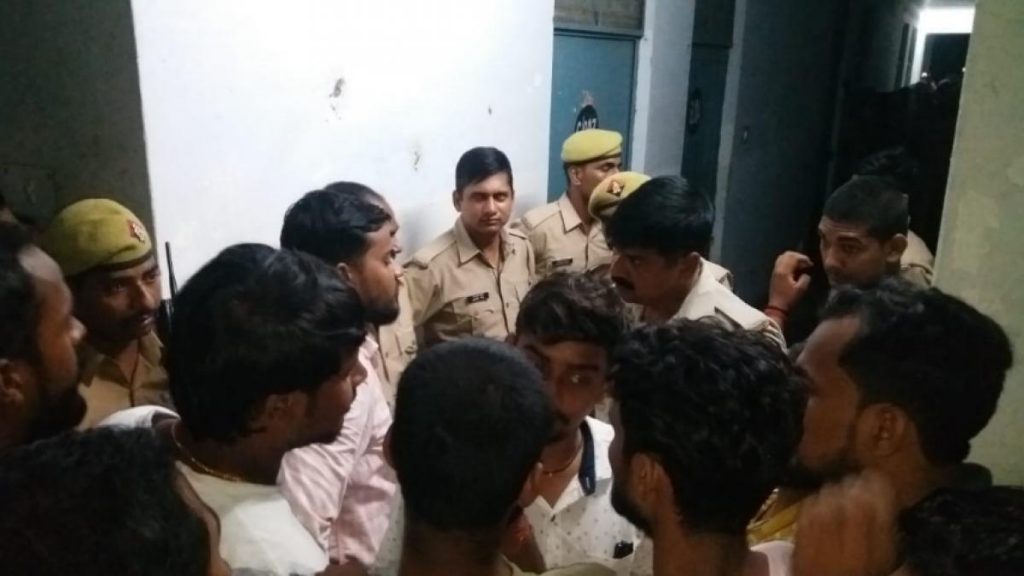 There is a ruckus in Allahabad University over the fee hike. For two days, the students have been continuously protesting and demanding to withdraw the increased fees. Meanwhile, on Tuesday evening, a student committed suicide by hanging from the ceiling fan in the room of Tara Chand Hostel. There was a stir after receiving the news of the student’s suicide. Hundreds of students gathered outside the hostel. The police reached the spot, took down the body and sent it for post-mortem. Seeing this move of the student was linked to the fee hike. The matter is not related to the fee hike, however, the university’s PRO Jaya Kapoor has clearly said that this student was not of the university. He used to stay in the hostel illegally and it has nothing to do with the fee hike. SP City Santosh Kumar Meena, who reached the spot, also told that the deceased is not a student of the university. As soon as the news of hanging of a student in the hostel was received, hundreds of students gathered outside the Tarachand hostel. When the incident was informed to the police, the police and PAC of other police stations along with Colonelganj police reached the spot and handled the situation. The reason for the suicide is not known, the name of the deceased student is Ashutosh Tiwari and he was a resident of Maudaha in Hamirpur. He was doing MA from Kulbhaskar Degree College. He lived in room number 208 of Tarachand Hostel. He committed suicide by hanging from the fan due to unknown reasons. Police and forensic team reached the spot and investigated. After taking down the dead body, the police sent the body for post-mortem after filling the Panchnama. Along with this, information has also been given to the family members of the deceased student. At present, the reason for the suicide is not known. The police have also not found any suicide note from the spot.