Nagaur Shootout After Moosewala Murder… wrote on Facebook – ‘Everybody will be accounted for’, the sound of big gang war Com Auto News 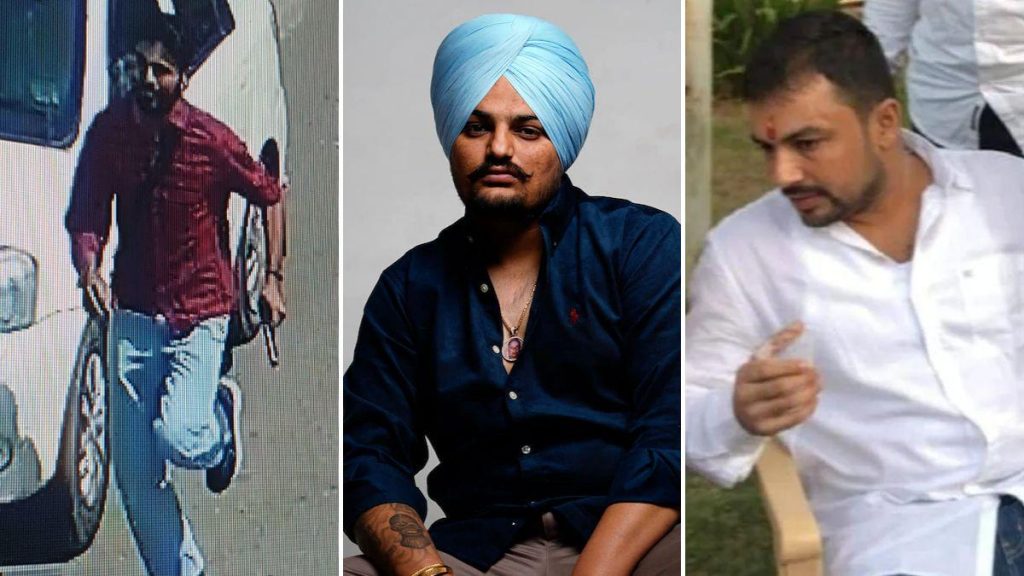 Haryana’s betel nut killer Sandeep Bishnoi alias Sethi was shot dead on Monday. Sandeep was murdered outside the court in Nagaur, Rajasthan. This incident has been carried out in broad daylight. Kaushal Chaudhary and Bambiha gang have taken the responsibility of killing Sandeep. This gang is the opponent of Lawrence Bishnoi and Goldie Brar gang. The Bambiha gang has claimed responsibility for the murder by posting it on Facebook. Sandeep Bishnoi went to the Nagaur court for hearing on Monday. As soon as he came out after the hearing, the attackers shot and killed him in broad daylight. The attackers fired 9 bullets at Sandeep, killing him on the spot. Police said that Sandeep was brought to the Nagaur court for hearing, but then some attackers came and opened fire. According to the police, the attackers came in a black colored Scorpio. Police said that Sandeep was a resident of Haryana. He was the betel nut killer. He was also involved in smuggling of illegal liquor. Sandeep was associated with the Sethi gang. He also killed a businessman in Nagaur. According to the police, three accomplices of gangster Sandeep and a lawyer have been injured in this attack. The condition of two of them is critical, who are being treated in a hospital in Jodhpur. After the murder of Sandeep Bishnoi, now the sound of gang war has also started. This is a major counterattack of the Bambiha gang after the killing of Sidhu Musewala in May. The pictures of the attackers were captured in CCTV. Written on Facebook – Everyone will be accounted for, the responsibility of this murder has been taken by Bambiha gang and Kaushali Chaudhary gang. Davinder Bambiha used to run the Bambiha gang. He was killed in an encounter in 2016. But his gang is still active. Lucky Patiala, sitting in Armenia, runs his gang. After the murder of Sandeep Bishnoi, a post has been made from the Facebook account named Davinder Bambiha. It is written in it, ‘All have been cured, heroes. Everyone used to say that Bambiha group just puts posts, does not do anything. Look, now everyone’s account will be collected. Just wait and watch. Look what happens.’ ‘Such revenge will be recorded in history’ On August 5 this year, a gangster of the Bambiha gang was murdered in the Philippines. Goldie Brar took the responsibility for this. After this murder, Goldie Brar had released the audio message of Deepak Mundi, absconding in the Sidhu Musewala murder case. In this audio it was said, ‘Whatever happened to Moosewala, the same will happen to all of them.’ In this audio, Kaushal Chaudhary, Bambiha gang and Bawaniya gang were also called ‘Tuchcha Gundas’. Not only this, it was threatened that ‘By killing Kaushal and Bambiha gang, revenge will be taken in such a way that will be recorded in history’. The sound of gang war…! There is a race for revenge among the gangsters. The gang war between them goes on just like a movie. One gang man kills another gang man and then to take revenge, another gang man kills the first gang man. The cycle continues like this. The story of gang war in Lawrence Bishnoi and Bambiha gang is quite old. This story of revenge in both the gangs started with the death of Lavi Dayoda. Dayoda belonged to the Davinder Bambiha gang. He was murdered by Lawrence Bishnoi’s shooter Sampat Nehra and his associates. After this, Sharp shooter Ankit Bhadu of Lawrence’s gang was encounter. Lawrence suspected that Ankit was informed to the police by Manpreet Manna, a member of the Babiha gang. After this, on 12 December 2019, Manna was shot dead outside a mall in Malout. To avenge Manna’s murder, Lucky Patiala, who was running the Babiha gang from Armenia, got Gurlal Brar killed on 10 October 2020. Gurlal Brar seemed to be the brother of Goldie Brar sitting in Canada in a relationship. After this Goldie Brar got Ranjit Singh Rana killed on 22 October 2020 on suspicion of being a partner of Bambiha Group. After that Lawrence gang got the Congress President Gurlal Pehelwan murdered. Later, Lucky Patiala got Vicky Middukheda, who was considered close to Lawrence first in 2021, and then in March 2022, in Jalandhar, international kabaddi player Sandeep Nangal Ambiya was killed. Sidhu Musewala was murdered by the Loreng gang to avenge the murder of Middukheda. Now Sandeep Bishnoi alias Sethi has been shot dead by Bambiha gang and Kaushal Chaudhary gang. It is being considered as a major counterattack of the Bambiha gang after the murder of Musewala. Musewala was shot dead on 29 May. Who was Sandeep Bishnoi? Sandeep Bishnoi was associated with the Sethi gang. He was a resident of Haryana. He used to kill with betel nut. He was also involved in the smuggling of liquor. He had a good friendship with smuggler Raju Fauji. Both had killed two police constables in Bhilwara. For this, Sandeep had provided weapons to Raju Fauji. In 2016, Raju Fauji helped Sandeep hide in Barmer. Since then both had become good friends. During interrogation with the police, Sandeep had told that he has given many weapons including revolvers and pistols to Raju. He didn’t even take any money in return. After the constable’s murder, both were living together in Haryana. Sandeep Bishnoi’s name came into the limelight when a murder took place in Nagaur on 29 November 2019. During interrogation, he had told that a woman had given a contract to kill her husband. For this, the woman had given him Rs 30 lakh. Sandeep had also gone to jail in this case.