‘BJP does not only do politics, it also aims to serve humanity’, JP Nadda attacked the opposition Com Auto News 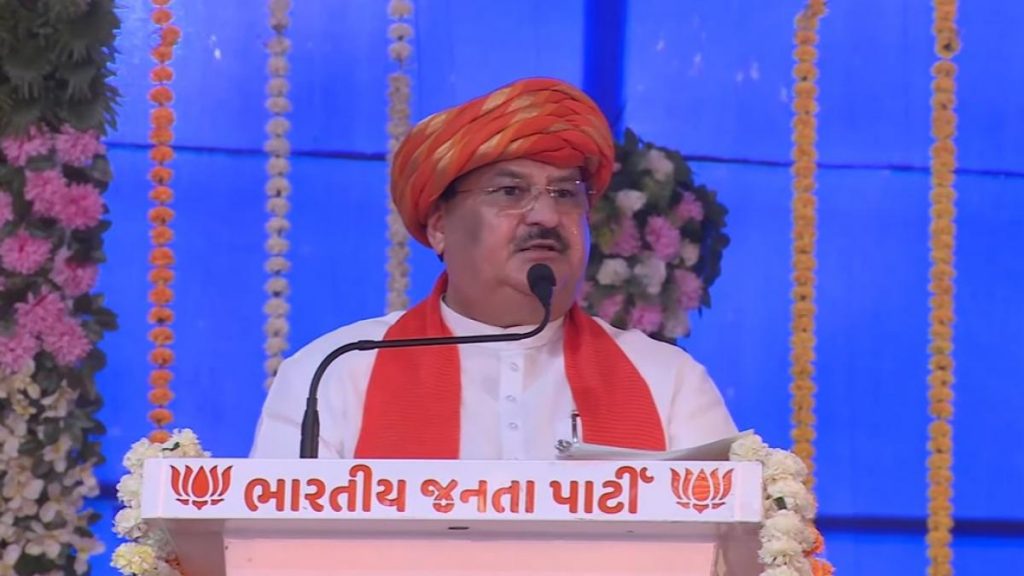 JP Nadda in Gujarat: Assembly elections are to be held in Gujarat at the end of this year. Political parties have very little time left now, so they are putting their full strength in the preparations for the elections. In view of this, BJP President JP Nadda has reached Gujarat on his two-day tour on Tuesday. JP Nadda addressed the councilors of municipal corporations and municipalities and elected members of the cooperative organization convention. During this he said that we are not just political workers. Our aim is not to do politics. There is a big side of BJP, that is to serve humanity, which we have shown by doing. Earlier, he said that some people have always done politics in the name of farmers, but BJP has worked to reduce their pain by understanding farmers. I can say with confidence that it is only BJP leaders who can go to the public and say that we have worked for you. In the Corona period, sitting at home, the political party BJP President said that Saurashtra is the land of saints, I bow to this land. At the same time, I congratulate all of you that when all the political parties sat in the house during the Corona period, at that time you served crores of people through service organization. He said that even in the Corona era, Prime Minister Narendra Modi did not deviate from his goal. Set an example in the world by giving two vaccines to the country in nine months. You made Prime Minister Narendra Modi’s dream come true by applying double dose and booster. JP Nadda, while giving the mantra of change to the elected members, said that we have to be pro-active. We have to be pro-responsive. We have to be Pro-responsive and we have to be Transparent. He said- We the elected representatives are the agents of change. We have to bring change and people have as much trust. We all have to take everyone along, for this we all have to work.