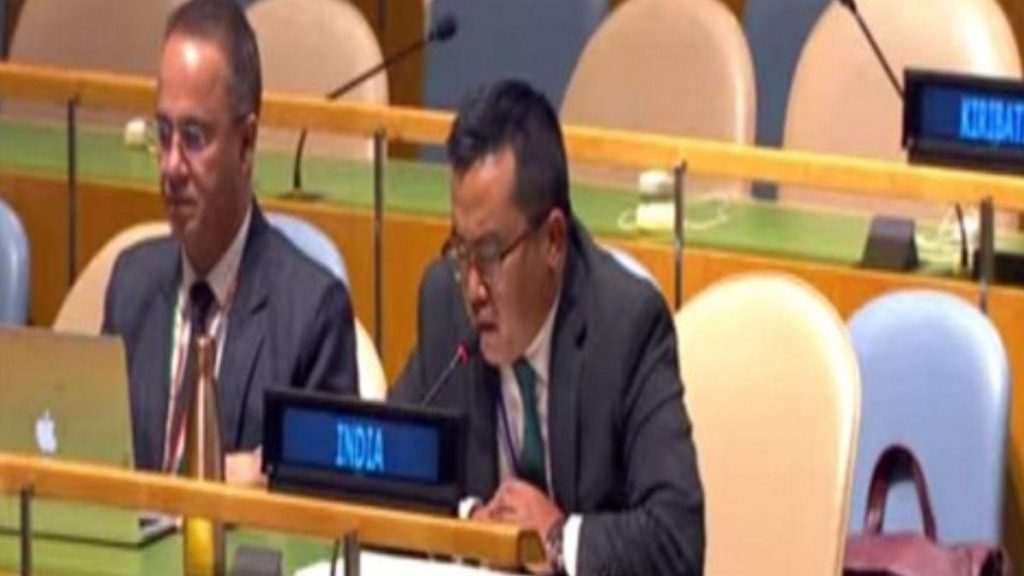 
Pakistan Prime Minister Shahbaz Sharif raised the issue of Kashmir in the United Nations. He had said that we want peace with all our neighbors including India. India has given a befitting reply to this. Mijito Vinito, First Secretary of India’s Mission to the United Nations, said that it is very regrettable that Pakistan Prime Minister Shahbaz Sharif chose this forum to make false allegations against India. Also said that he has done this to hide the misdeeds in his own country and justify action against India.

According to the agency, Indian diplomat Mijito Vinito reminded Pakistan of his actions before making false allegations against India. Vinito insisted that instead of claiming Jammu and Kashmir, Islamabad should stop “cross-border terrorism”. Vinito also referred to recent incidents of forced abduction, marriage and “conversion within Pakistan” of girls from Hindu, Sikh and Christian families in Pakistan.

Indian diplomat Mijito Vinito said that there is a reality of human rights, rights of minorities and basic decency. He said such a country would not make unreasonable and unstable territorial claims against neighbours. It is also widely shared. And it can be felt. This will certainly happen when cross-border terrorism ends, when governments are honest to the international community and themselves. When minorities will not be persecuted.

Responding to Shahbaz’s statement, Mijito Vinito said that if anyone claims that he wants peace with his neighbours, he will never sponsor cross-border terrorism, nor will the terrorist attack in Mumbai. Will give shelter to planners.

In fact, at the UNGA, Pakistan PM Shahbaz Sharif had said that India should take credible steps to create a conducive environment for constructive engagement. We are neighbors and will be forever. The choice is ours whether we should live in peace or fight with each other. He said that we have had 3 wars since 1947 and as a result only misery, poverty and unemployment have increased on both sides.

Shahbaz said that it is now up to us to resolve our differences, our problems and our issues through peaceful dialogue and discussion. I think the time has come for India to understand the message that both the countries are connected to each other. War is not an option, issues can be resolved only through peaceful dialogue, so that the world can become more peaceful in the times to come.