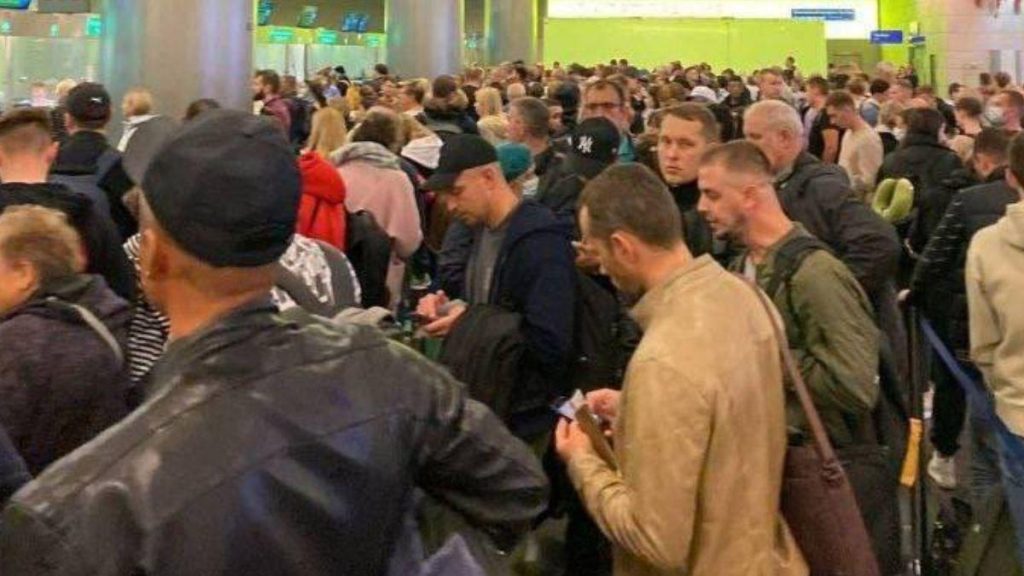 
Russian President Vladimir Putin has announced the mobilization of three lakh reserve troops amid the ongoing war against Ukraine. In such a situation, on one hand, the government of Russia claims that about 10000 people have come forward to join the army on their own volition. At the same time, there are also reports that many Russian citizens have started leaving the country for fear that they may not have to go to war.

Putin’s announcement of the mobilization of 300,000 soldiers came at a time when Russia is preparing to annex the four parts of Ukraine. For this, Russia is going to start a referendum in these areas from Friday. People living in these areas will be able to cast their vote between 23-27 September.

Russia’s army said that in 24 hours after Putin’s announcement, one million people came forward to join the army, in a conversation with the news agency AFP, a person named Dmitry, who was fleeing to Armenia, said, I do not want to go to war. I do not want to fight in this foolish war. However, Russia says that the news about citizens leaving the country is being shown exaggerated.

Sergei (name changed), a 26-year-old student pursuing his PhD from a leading Russian university, said that his house rang shortly after Putin’s announcement. He saw two men in plain clothes standing at his door, holding military documents in their hands, which Sergei was asked to sign.

Read: ‘How to break hands at home’, people are searching on Google in Russia after Putin’s announcement

However, it has been said by the government of Russia that only those people who have done military service and have special skills and experience of war will be called. But Surveyi has no military experience. In such a situation, his father is worried, because not signing the military draft is considered criminal in Russia.

Vladimir Putin has partially ordered the deployment of 300,000 reserve troops. These include soldiers who have retired from the army. Military training is mandatory in Russia. In Russia, young people between the ages of 18 and 27 have to do one year of ‘compulsory military service’. According to an estimate, there are two million reserve soldiers in Russia. These are people who have taken military training under compulsory military service.

Russia can mobilize about 25 million people for military service. However, Putin has announced the mobilization of only 3 lakh soldiers. President Putin has made it clear that people undergoing training under compulsory military service will not be sent to fight in Ukraine.