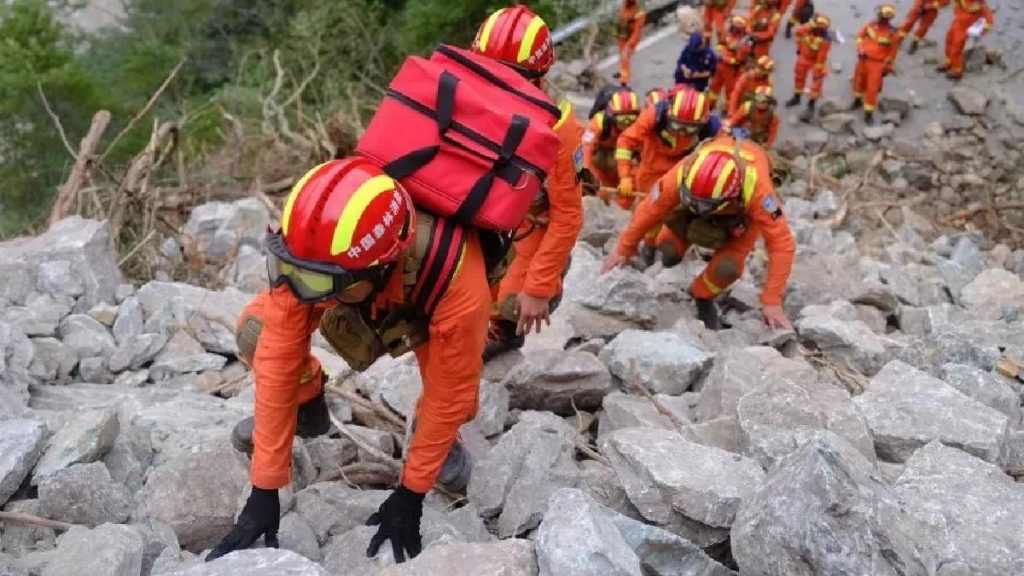 
A man has been safely rescued from among the hills, 17 days after the powerful earthquake that struck China’s Sichuan province on September 5. The name of this 28-year-old man is Gan Yu, who is an employee of a hydropower station in China.

A powerful earthquake struck China on September 5, killing 93 people and injuring more than 400. The magnitude of the earthquake was measured at 6.8 on the Richter scale.

According to China’s state-run news agency Xinhua, the man, Gan Yu, who worked at a hydropower station in Sichuan’s Luding County, was rescued by a local villager on Wednesday. At present, this person is undergoing treatment in the hospital.

According to a video posted by state-run China Central Television (CCTV), a local villager named Ni Taigao, being familiar with the local hills, decided to join the rescue operation. Later, it was Ni Taigao who found Gan Yu.

According to the CCTV report, on Wednesday morning, Ni heard someone’s voice from the hills. This man was shouting for help. On passing, he found Gan U in the hills. Gaan later told that he was able to survive by eating wild fruits and drinking water from the spring.

The hospital’s vice-president, Wu Hong, says Gan suffered multiple fractures and an infection. But despite his physical weakness, his condition is stable.

When the earthquake struck Luding on September 5, Gan and his co-workers decided to remain stationed at their post at the hydropower station instead of running away so that they could help the local villagers. His colleagues were rescued on September 8.