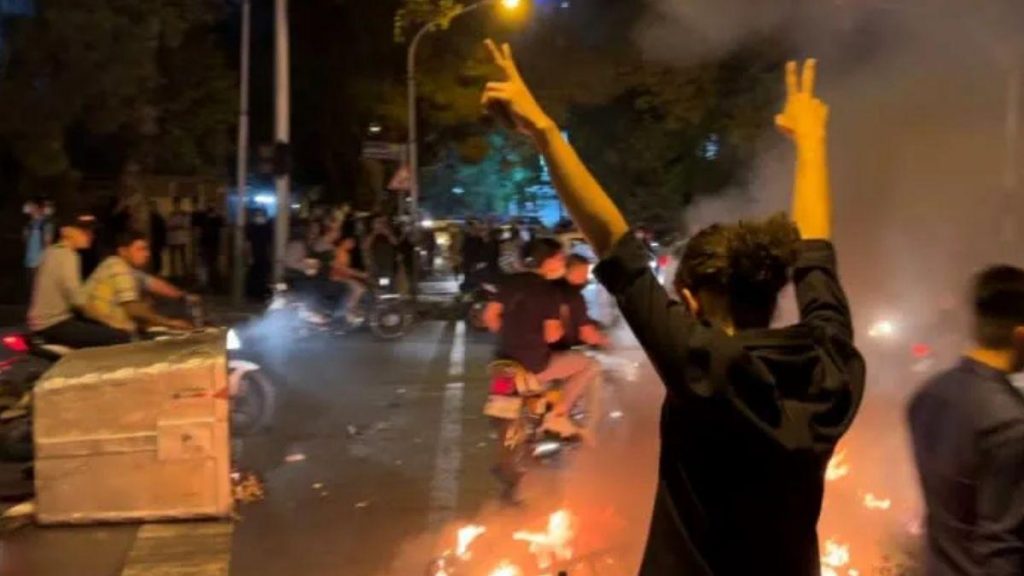 
The ongoing protests against the hijab in Iran became more violent. So far 40 protesters have died. Protests have been taking place across Iran since the death of Iranian woman Mahsa Amini. In view of the furious demonstrations, the government has banned the internet. Along with this, Iran’s Intelligence Ministry warned on Thursday that it is illegal to participate in the protests and that the protesters will be prosecuted.

So far 40 protesters have died in Iran

After the death of Mahsa Amini, the first protests took place in Kurdistan. Soon these protests started taking place almost all over Iran. Women are protesting against the death of Mahsa Amini by burning hijab and cutting their hair. Security forces in Iran are constantly using force, taking a tough stand against the protesters. So far 40 protesters have died in Iran. All countries including the UN, America are criticizing it.

According to Iranian journalist and activist Masih Alinejad, 40 protesters have died in Iran so far. 10 people have died in Amol city alone. Facebook, Telegram, Twitter and YouTube have also been banned in Iran.

According to the news agency Reuters, demonstrations are taking place in more than 50 cities of Iran. Protesters torched two police stations and several vehicles on Thursday. During this, around 40 protesters have lost their lives in the clashes with the security forces. Security personnel are also raiding residential buildings to nab the protesters.

At the same time, the US, taking a tough stand on the deaths of the protesters, has frozen the properties and bank accounts of officers of the Iranian Ministry of Intelligence and Security, security forces and other law enforcement agencies in their country.

In Iran, the government has banned the instant messaging app WhatsApp. “We are working to keep our Iranian friends engaged and will do anything within our technical capability to keep our service running,” the company said in a statement.

These are being told to be the biggest protests in Iran after 2019, at that time the public took to the road regarding fuel prices. But this time a large number of women are protesting against Sharia laws. Women are not only burning hijab in protest, but are also protesting by cutting their hair.

All the restrictions on girls in Iran

Iran is an Islamic country, which follows Sharia law. In Iran, any girl over the age of seven is allowed to go out only after covering her hair. Also, from this age onwards, girls are asked to wear long and loose clothes. On July 5, Iran’s President Ibrahim Raisi had implemented the Hijab Act, which is a kind of new ban imposed on women and girls in Iran. If anyone breaks these rules then they have to face legal action. Sometimes a fine is imposed on the breaker of the rules and sometimes even arrest is made.