America in an attempt to weaken the friendship of India and Russia, gave this offer Com Auto News 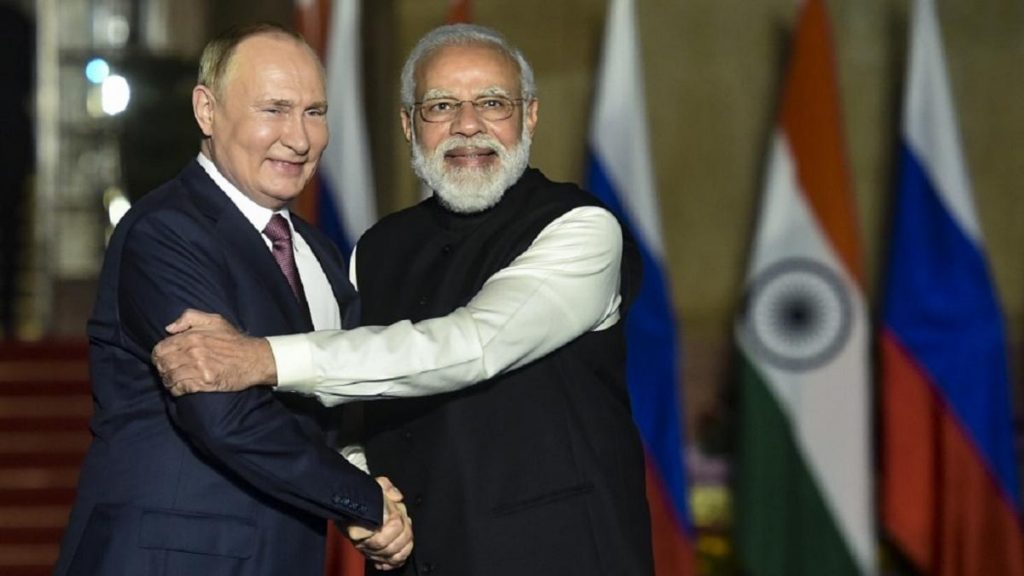 
Russia, which is fighting the war with Ukraine, may have been tied up with all kinds of sanctions by many major countries including America, but India never left its side. Business relations between India and Russia continue to be strong. In such a situation, there is news that America is trying to reduce India’s dependence on Russia in the arms and energy sector. On Tuesday, a US State Department official said that the US is in deep talks with India in this matter.

Speaking to the media in New York, a US State Department official said that Russia is no longer a reliable supplier of weapons. The US official further said that India can have real gains in new markets as well. He said that India has become very much dependent on Russia and the dependence has been increased by India itself in about 40 years.

The official said that earlier India was dependent on Russia for the army and now it is on energy. The Foreign Ministry official further said that for this reason the US wants to help India in giving options to diversify it. On the other hand, there has been no response from India on this statement of America.

This statement from the US comes hours before Russia’s decision, in which Russian President Vladimir Putin has announced the mobilization of his army.

Vladimir Putin has said that for the sake of his homeland, its sovereignty, territorial integrity and to ensure the security of the people in the liberated areas, I (Putin) consider it necessary to support the proposal for partial mobilization in the Ministry of Defense and the Russian Federation of the General Staff. Am.

The statement of the President of Russia, who is at war with Ukraine, is making it clear that he is not in the mood to stop the war. However, from the very beginning, India has been continuously asking Russia and Ukraine to resolve not through war but through dialogue.

India maintains balance with America and Russia
India has maintained neutrality during the Russia-Ukraine war. If those going to Russia had to bear the displeasure of Western countries including America, then India’s departure with Ukraine can affect good friendship with Russia. In such a situation, India kept the balance of both the sides even during the war. Where India also continued its business with Russia, dialogue continued with America on different issues.

America also objected to the oil deal between India and Russia, but India called it a decision taken in the interest of its people and said that India is capable of taking its own decisions.

If we talk about any international forum, then India has avoided voting or criticizing Russia in most of the international forums. India voted against Russia only once in a meeting of the UNSC. Otherwise, in most places, India kept distance from one side.

Replying to PM Modi, Putin had said that he is aware of India’s position on the Ukraine conflict and that he also wants the war to end at the earliest.