The President of Iran had put a condition, to take the interview, you will have to wear a hijab, the news anchor flatly refused. Com Auto News 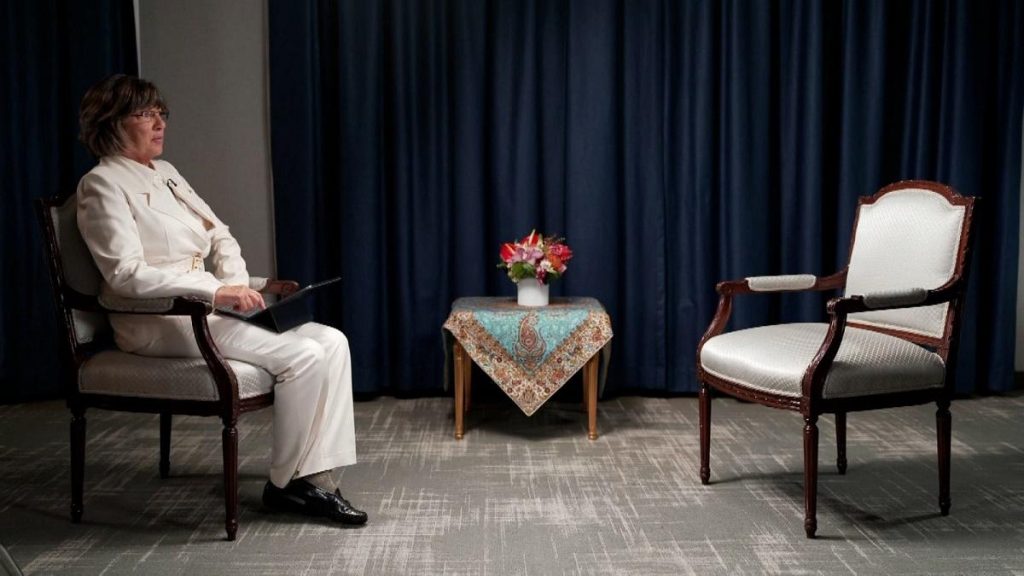 
The protest against the hijab in Iran has now taken a new turn. Iran’s President Ibrahim Raisi is in America these days. Here he was scheduled to have an interview with Christine Emanpour, the chief anchor of an international news channel. But the anchor refused to wear the hijab in front of him and this interview could not take place. Now anchor Christine Emanpour has said many things about this by tweeting one after the other. At the same time, there was a clash between the protesters protesting the hijab in Iran and the security forces. In this 31 civilians have died.

Christine Emanpour wrote on Twitter that opposition to the hijab in Iran has intensified. After the death of Mahsa Amini, the women there are burning their hijab on the streets. There has been news of the death of 8 protesters last night. She wanted to question Iran’s President Ibrahim Raisi about this.

He said that this would have been the first interview of Iranian President Ibrahim Raisi on US soil. He is currently on a trip to New York to attend the United Nations meeting. After weeks of hard work and 8 hours of brainstorming with a translation device, we were ready, but there was no sign of President Ibrahim Raisi’s arrival. Meanwhile, a colleague of his came, who said that he will have to wear a hijab as it is the holy month of Muharram. He refused it. We are in New York and there is no custom or law to wear the hijab in America. He told the presidential aide that no other Iranian president has said this in the past, whenever he has interviewed him. Then his colleague made it clear that this interview would not happen. He flatly refused this and in the end this interview did not happen. Demonstrations continue in Iran, people are dying.

40 minutes after the interview had been due to start, an aid came over. The president, he said, was suggesting I wear a headscarf, because it’s the holy months of Muharram and Safar. 3/7

Meanwhile, there is news that there was a clash between protesters and security forces in Iran. 31 people have died in this. Mahsa Amini died in police custody in Iran. The death of 22-year-old Mehsa Amini has further fueled the ‘anti-hijab’ movement in Iran. Amini was arrested for roaming the capital Tehran without a hijab. Shortly after her arrest, she went into a coma and died in police custody three days later (September 16).

The protests are more fierce in Urmia, Piranshahr and Kermanshah. At the same time, protests are also taking place outside the headquarters of the United Nations in New York. According to Reuters, the Internet has been banned in Iran due to increasing protests against the government. Instagram and WhatsApp have been banned.

Meanwhile, the instant messaging app WhatsApp has said that we exist to connect the world in a private way. We stand by the right of people to send messages privately. We are not blocking the numbers of Iranian people. We are working to keep our Iranian friends connected and we will do whatever we can to keep our service running as we technically have.