The fish thorn went in the stomach, the painful death of the person! Com Auto News 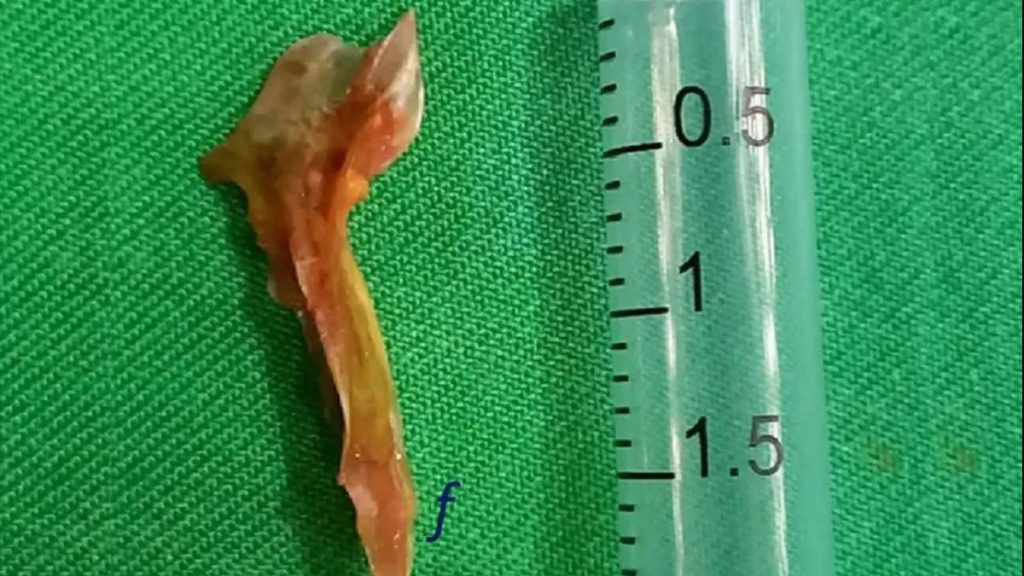 
A farmer accidentally swallowed a 1-inch-long fish bone. Due to this bone, there was a hole in his intestine and he became a victim of dangerous infection. This infection became fatal and the patient died. This incident came to light in Sri Lanka.

The incident of death by eating fish bone has been published in ‘International Journal of Surgery Case Reports’. The age of the patient living in Sri Lanka was 60 years. The man was admitted to the hospital with pain, vomiting, constipation and an enlarged abdomen.

Seeing his condition, he was admitted to ‘Intensive Care’. Several investigations were done, these reports revealed that his stomach was filled with fluid. Such symptoms occur when the kidneys stop working. This is largely a symptom of ‘sepsis’. In sepsis, the body’s immune system attacks the organs itself.

After this, the patient’s operation went on for two hours, it came to the fore that there was a small hole in the intestine. On investigation, it was found that this happened due to swallowing a 1-inch fish bone.

To save the patient, the doctors removed the infected part of the intestine. But, the patient died due to cardiac arrest.

The doctor said this
According to the study, swallowing fish bones causes such problems in the stomach. Regarding this study, AIIMS doctor Viplab Kumar Mishra said that such cases are quite common. Especially in coastal areas, where people consume fish daily.

On the other hand, experts believe that if such cases are detected early, then treatment is possible. But, if the treatment is delayed, the patient may even die.