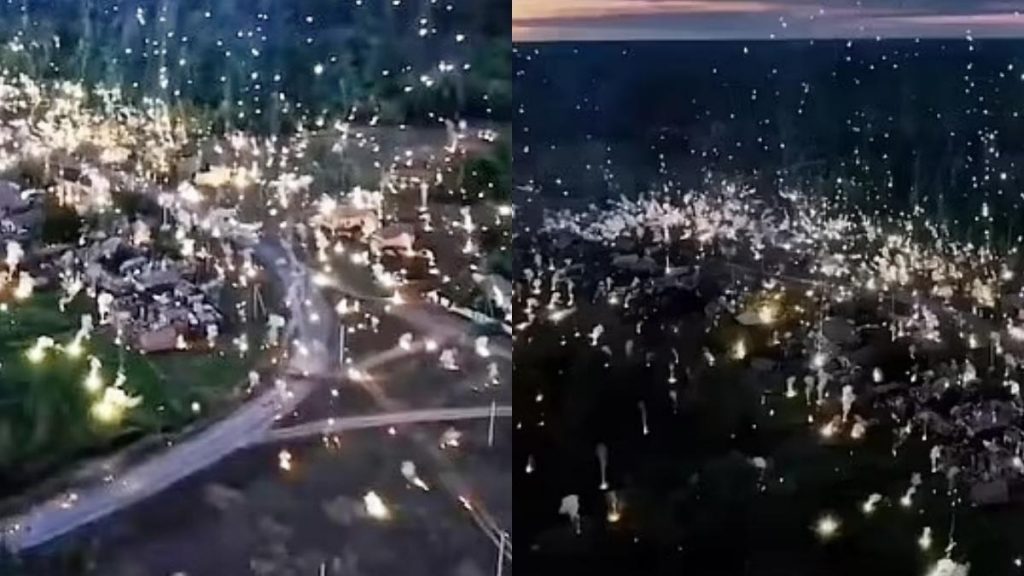 
A shocking video of a village in the country battling the war has surfaced. In the video, ‘fire rain’ is seen over the village. Fireballs are falling from all sides.

Fire is raining from the sky all over the house, shop, road, everywhere. Whoever saw this horrifying scene could not believe his eyes.

The video of this incident is going viral on social media. In this 12-second clip, a ‘rain of fire’ can be seen over the village. It was claimed that these are fireballs from the attack of 9М22С Shells. This incident is from a village in Ukraine.

The video has been shared by Ukraine’s MP Roman Hryshchuk from his Twitter account. He alleged that the Russian army, using its 9М22С weapon, opened fire on a village in Ozerne, Donetsk province.

9М22С is such a weapon, which can be fired by making it rain balls of fire. The 9M22S Shell is commonly used by vehicles such as the BM-21 ‘Grad’ multiple launch rocket system. It is known as an ‘incendiary’ weapon. Through this, the enemy and its equipment can be destroyed by massive fire or by direct hit.

In the video, it can be seen how countless fireballs are falling on the village of Ukraine. This fire is taking every building, street, locality of the village in its lap. Many people have described it as ‘rain of fire’. The Defense Ministry of Ukraine has also shared this video. The ministry claimed that the attack by the Russian 9М22S caused great destruction in the village.

Significantly, the war between Russia and Ukraine has been going on for months. Thousands of people have died on both sides. The eyes of the whole world are fixed on these countries. According to reports, the village on which shelling has been done on the previous day was recently freed from Russian occupation.