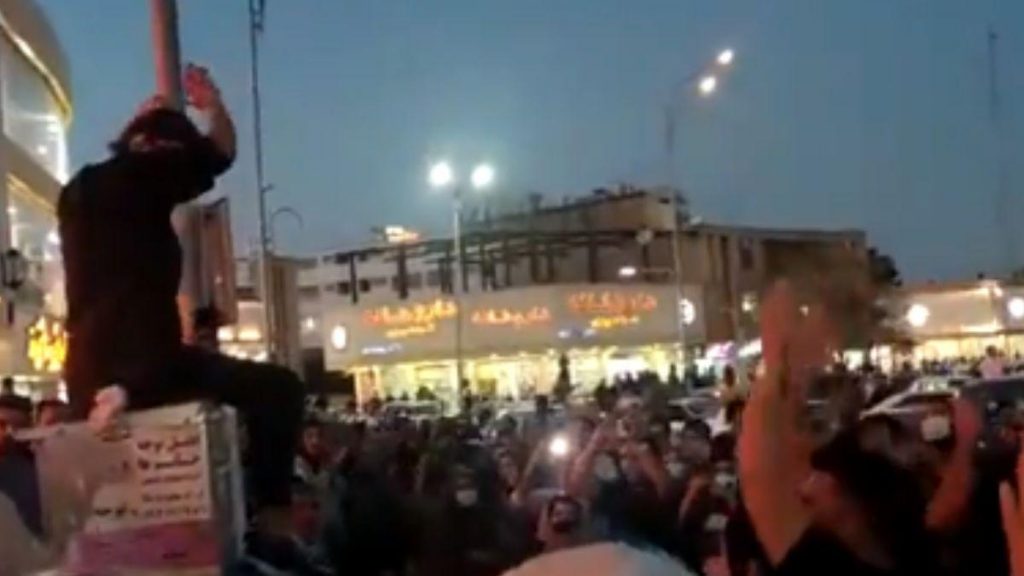 
The ongoing protests against the hijab in Iran became more violent. Protests erupted across the country after the death of Iranian woman Mahsa Amini. Women are symbolically protesting against the government by burning their hijabs and cutting their hair. These protests, which started from Kurdistan, Iran, started in all major cities including the capital Tehran. Three protesters died during the protests. 221 protesters have been injured in Kurdistan. At the same time, 250 people have been arrested. Many countries, including the UN, have condemned the use of force by Iran’s security forces on the protesters.

After the death of Mahsa, the ruckus in Iran intensified. Despite the strict law of wearing hijab in Iran, women are protesting by taking off the hijab and burning the hijab in many places. The death of three people has also been confirmed by the Iran administration during the demonstration.

In Iran, women came out to protest against the government for the fourth consecutive day. All the videos and photos are going viral on social media regarding this. These are being told to be the biggest protests in Iran after 2019, at that time the public took to the road regarding fuel prices. But this time a large number of women are protesting against Sharia laws. Women are not only burning the hijab in protest, but are also protesting by cutting their hair.

The protests first took place in Iran’s northern Kurdistan province. Amini was from here. But on seeing this, demonstrations have started all over Iran. The governor here has confirmed the deaths of three protesters. However, the protesters say that the security forces are firing continuously, due to which three people have died, while many have been injured.

In Geneva, the UN said the High Commissioner for Human Rights Nada al-Nasif expressed concern over the death of Amini and the violent reaction of security forces against the protests. He said that there should be an independent inquiry into Amini’s death.

Iran is an Islamic country, which follows Sharia law. In Iran, any girl over the age of seven is allowed to go out only after covering her hair. Also, from this age onwards, girls are asked to wear long and loose clothes. On July 5, Iran’s President Ibrahim Raisi had implemented the Hijab Act, which is a kind of new ban imposed on women and girls in Iran. If anyone breaks these rules then they have to face legal action. Sometimes a fine is imposed on the breaker of the rules and sometimes even arrest is made.