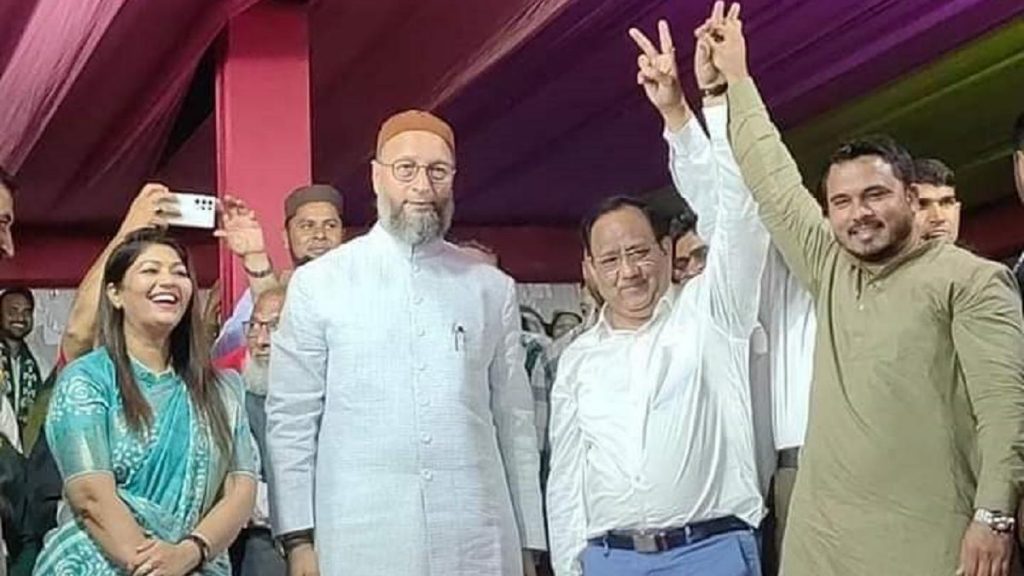 Assembly elections are going to be held in Gujarat in December. Meanwhile, political parties have started preparations. After BJP, AAP, Congress, now AIMIM is also entering the fray with full force. On Saturday, AIMIM President Asaduddin Owaisi has also announced three candidates for the upcoming Gujarat Assembly elections. Among these, AIMIM’s Gujarat President Sabir Kabaliwala has also been given a ticket. The three leaders nominated by Owaisi are Sabir Kabaliwala from Jamalpur, Kaushika Parmar from Danilimda and Wasim Qureshi from Surat East. Let us tell you that Sabir Kabaliwala is also the Gujarat President of AIMIM and has also been an MLA. Let us tell you that recently Owaisi’s party AIMIM participated in the civic elections of Madhya Pradesh and performed tremendously for the first time and was elected councilors in many districts. However, Owaisi could not get success in the UP assembly. Now Owaisi is focusing on the assembly elections of Gujarat and Rajasthan. That is, the party is preparing to contest the elections under strategy. AAP is also strengthening the organization in Gujarat. The Aam Aadmi Party is also going to enter the Gujarat assembly elections. Here AAP convener Arvind Kejriwal is touring continuously. Along with strengthening the organization, AAP has made preparations to challenge the BJP. Let us tell you that the Congress is the main opposition party in Gujarat. In the last assembly elections, the Congress performed tremendously. see also