Demonstrating by keeping dead bodies in UP is now a ‘crime’, after the Hathras incident, the government made guidelines on the orders of HC Com Auto News 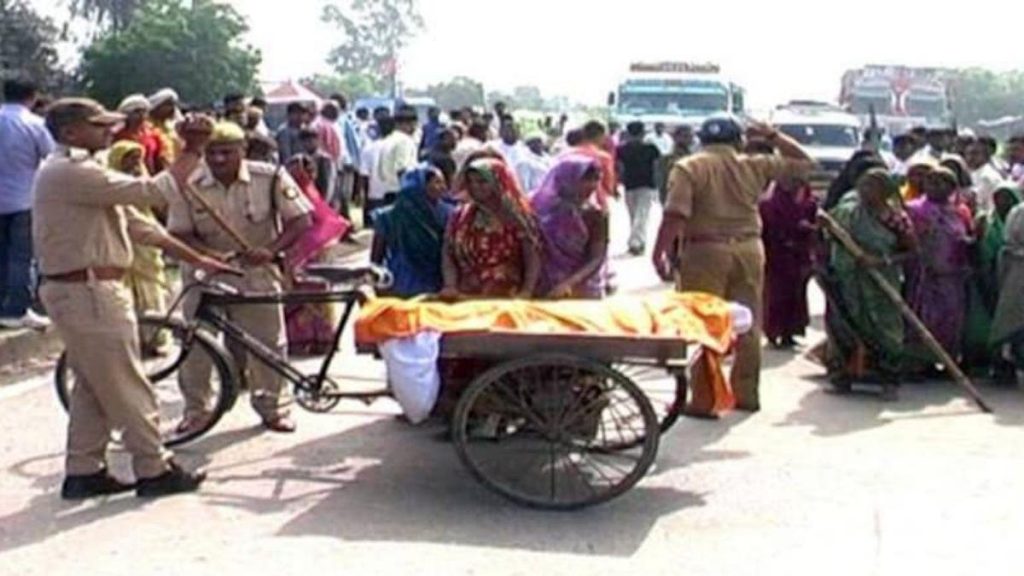 Strict rules have now been made in Uttar Pradesh against those protesting by keeping dead bodies. Doing so will now be considered a punishable offence. After the last rites of the victim’s body in the Hathras incident, the Home Department has prepared the SOP (Standard Operating Procedure) on the instructions of the High Court. According to the information, now this SOP has been prepared for the funeral of the dead body in a respectful manner. Now displaying the dead body on the road will be considered as an insult to the dead body. SOP Permission of relatives will be required to cremate a dead body at night. Not only this, videography will be done from beginning to end. From the postmortem house of the dead body till the last action, the messages of all the mediums to be sent among the administrative officers will also be kept safe for one year. Consent will have to be given at the time of taking the dead body from the PM House, according to the standard operating procedure, the family can no longer keep the dead body on the way through any organization or group, as soon as the body is handed over to the relatives, consent will be taken for it in writing that he Directly taking the dead body from the postmortem house to his home and after performing the rituals, he will take it for the last rites. If they put everyone on the road, gathered a crowd, blocked it, staged a sit-in, then strict action would be taken against such people. Panchnama will be done by forming a group of 5 people, according to the SOP, the cremation will be done by the family members only. On refusal to accept the dead body, in case of decomposition of the dead body due to delay or other reasons, first an effort will be made to convince the family and in case of non-compliance, a group of five eminent persons will be formed. After this, the person of the community of the deceased will be included and Panchnama will be prepared by making a Panch.