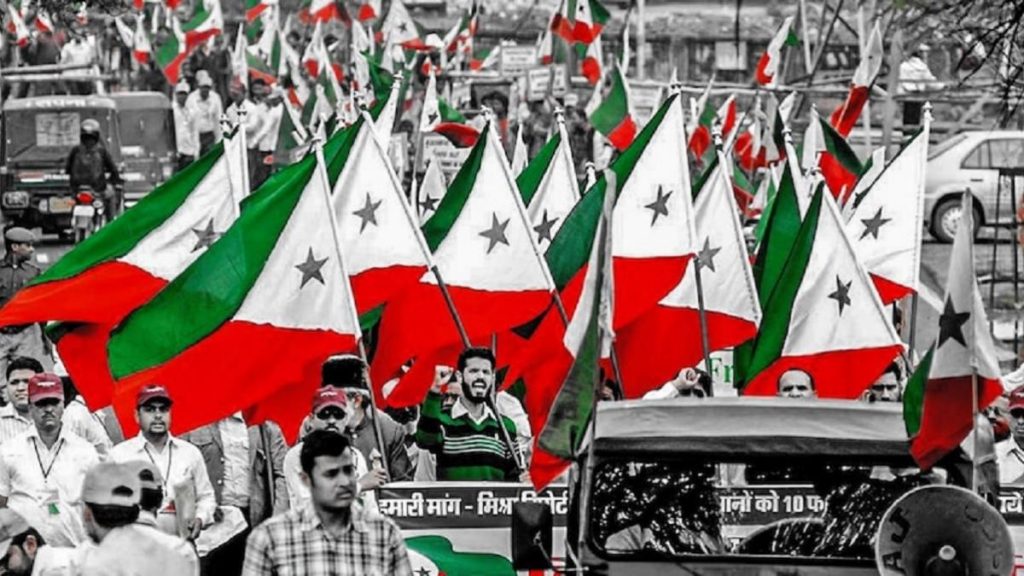 The National Investigation Agency (NIA) has got a big success in Kolkata. The investigating agency has recovered documents, handwritten notes and booklets from the Popular Front of India (PFI) office here. A booklet has condemned the recent arrest of Al Qaeda terrorists from Murshidabad district. All these documents have been confiscated by the investigating agency. The NIA had raided the Kolkata office of PFI in Tiljala area in the early hours of Thursday and conducted searches for 10 hours. CRPF jawans laid siege on the spot. NIA has recovered many documents and mobile phones related to PFI. Aaj Tak has a list of recovered items. Shocking information has also come out from the documents that have been found. NIA has recovered a Bengali booklet. It mentions about increasing the territorial jurisdiction of the Border Security Force (BSF) on the Bangladesh border from 15 km to 50 km. It is claimed that this booklet is against the federal structure and has been received from the PFI office in Kolkata. Apart from this, another booklet has also been found, titled ‘Indian Government Controlled NIA Murshidabad Abhijan, Al Qaeda Jongi Sondehe Graftar, Mithe Malla, Mithe Prochar o Bustobota’. The booklet is believed to be related to the movement against the NIA over the recent arrests of Al Qaeda terrorists from Murshidabad district. The investigation team also found posters against the UP Police, some electronic devices including hard disks have been recovered. Some other documents were recovered, among them it was written in Urdu, Arabic and Bengali – ‘Babri Ekdin Zaroor Uthagi’. Along with this, a poster accusing RSS of using ED has also been recovered. Some flex banners have also been recovered against the UP Police. Paper to fund PFI members found The seizure list states that several ‘provocative’ PLA cards have been recovered. A handwritten piece of paper has been found, in which the funds given to PFI members have been mentioned. Meanwhile, some human rights organizations in Kolkata condemned the action taken in the PFI office by doing PC in the Press Club. Many other organizations including AIPF, NCHRO, FOD, Bandi Mukti Samiti had called a press conference. Lawyer and human rights activist Mohammad Sohorab Hussain said- ‘There is no reason to take action under the UAPA Act against the residents of Tiljajala PFI office. The documents show that there is nothing prohibitive. (Report Rithvik) See also