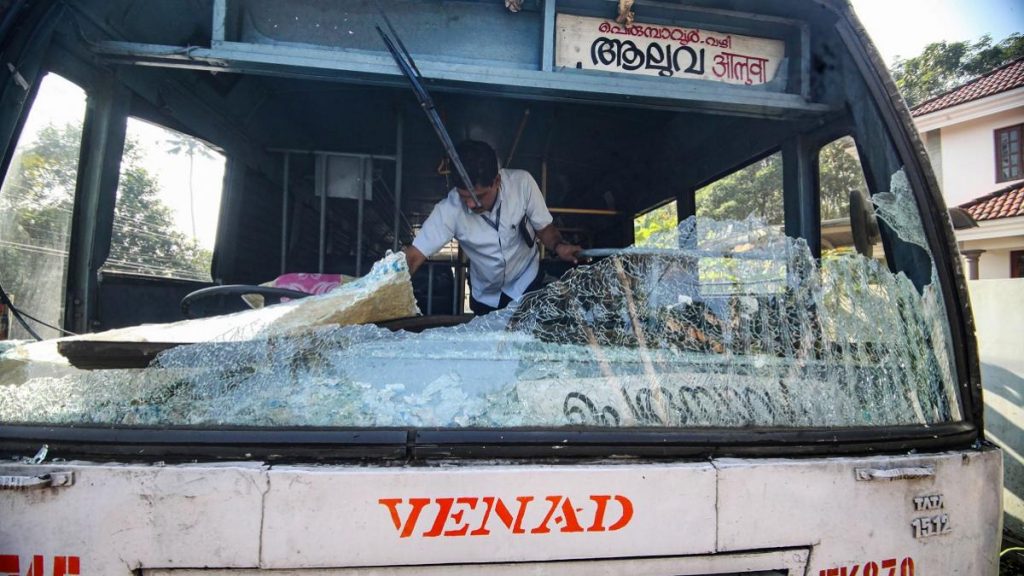 The Popular Front of India had announced a strike in Kerala against the raids conducted by the National Investigation Agency (NIA) on many of its locations. Violent incidents have also taken place in Kerala during the PFI strike. There have been incidents of violence in several districts including the capital Thiruvananthapuram, Kollam, Kozhikode, Wayanad and Allappuzha by supporters of PFI. PFI supporters also vandalized vehicles. The protesters pelted stones at Kerala State Road Transport Corporation buses at many places. The protesters also damaged KSRTC buses, tankers, lorries and other vehicles. Protesters also pelted stones in Kozhikode and Kannur. Violent incidents are also reported in Kottayam. PFI supporters attacked a hotel in Kottayam district. CCTV footage of this incident has also surfaced. In the CCTV footage that surfaced from Kottayam, PFI supporters are clearly visible targeting shops and vehicles. Police say that the violent incidents are being investigated. However, no arrest has been made in this case so far. Due to the violence during the PFI strike in Kerala, the driver was seen driving the bus wearing a helmet. Some drivers were seen driving heavy vehicles wearing helmets. KSRTC buses were also targeted by the protesters. A video has surfaced of the driver of a KSRTC bus in Aluva, Kerala, who is seen driving the bus wearing a helmet. It is being said that the drivers were in awe due to the incidents of vandalism in vehicles including buses and trucks. The drivers were hesitant to move the vehicle. Due to this fear, the bus driver of KSRTC had put on a helmet while driving that his head should be safe even if the protesters target the bus on the way. (input- shibi)