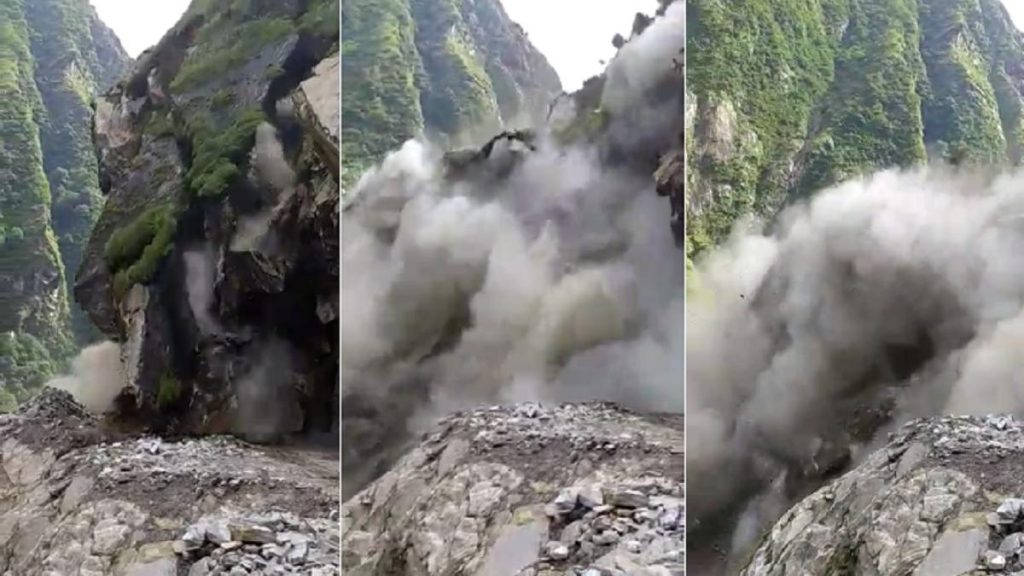 Heavy rain is being seen in Uttarakhand. 40 passengers are stuck due to the landslide in Pithoragarh. The district administration has stopped traffic on the highway. At the same time, 400 pilgrims from Rajasthan returning from Gangotri Dham in Uttarkashi are also stuck due to the land slide. These pilgrims are residents of many cities of Rajasthan. Shocking pictures of a landslide have come to light in Dharchula of Pithoragarh district. Here, near Najang on Tawaghat Lipulekh road, suddenly a large part of the hill fell in the late evening. Thankfully there was no loss of life or property due to the landslide. A video of this landslide has been made by a passerby. Due to the landslide, the traffic on Tawaghat Lipulekh highway has come to a complete halt. Due to the closure of the road, 40 passengers along with the local people are stuck in Bundi. According to the news agency, about 400 pilgrims from Rajasthan are trapped due to the landslide in Uttarkashi district of Uttarakhand. A senior official said that no casualty has been reported so far and all the passengers are safe. He told that about 400 passengers were returning from Gangotri Dham from Bhilwara, Ajmer and other places in Rajasthan. There was a landslide near Gabnani in Uttarkashi, due to which everyone got trapped. The situation worsened due to rain, State Disaster Response Force (SDRF) Commandant Rajkumar Gupta said that there were reports of pilgrims from Rajasthan being stranded on Thursday night. After talking to the local administration there, the passengers were taken to safe places and arrangements were made for their stay and food. According to the Uttarakhand administration, the road between Uttarkashi and Harshil (Halgu Guard and Gabbanani) has been blocked due to landslides since last evening due to excessive rain in the area. He told that many pilgrims from other states including Rajasthan are stranded at the spot. see also