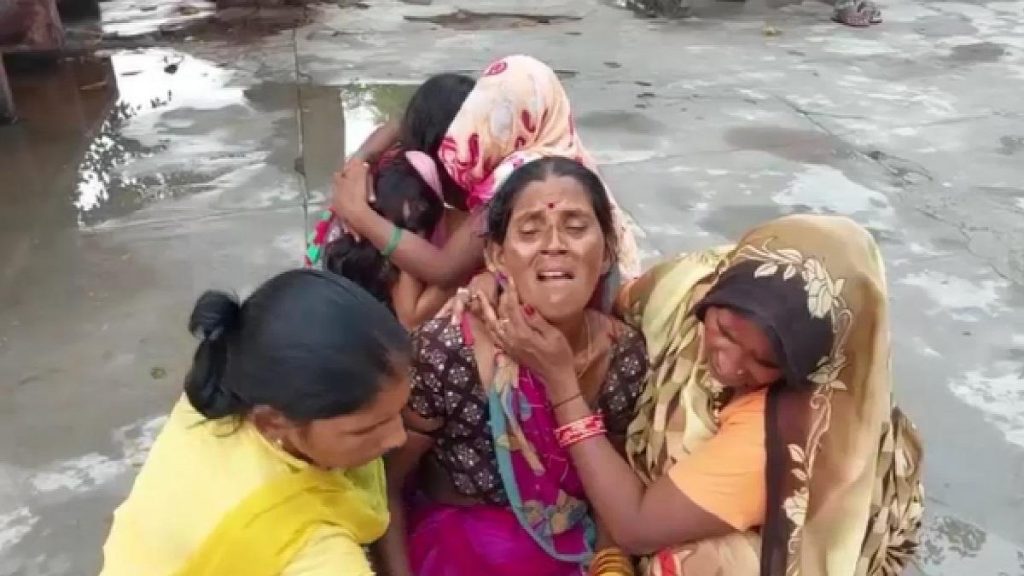 Seven people have died due to lightning in Hardoi and Prayagraj of UP. With the death of four people in Hardoi, two people were also seriously burnt. He has been admitted for treatment. On the other hand, the post-mortem of the dead bodies has been done. The Revenue Department is engaged in the exercise of giving assistance to the families of the deceased. Hardoi has been raining intermittently for the last 24 hours. Shyamlal was grazing his animals in the farm in Kunwariapur of Sandi police station area. Due to rain in the afternoon, Shyamlal stood under a tree. During this, he died due to being struck by lightning. The second incident took place in Maloutha village of Harpalpur police station. Ramesh, who was grazing the goat, was standing under the tree to avoid the rain. He too became a victim of celestial lightning. Two people standing under the tree with him were badly burnt. Apart from this, Rasik’s son Sahete, 40 years resident of village Behera and Veerpal age 45 years resident of Iksai police station Madhauganj also died due to lightning. After the incident, there was a crowd of people. On information, the team of Lekhpal and Revenue Department reached the spot. 3 killed and 2 scorched in Prayagraj In Prayagraj, 3 people including a child have died, while two people have been seriously scorched. In Tevara village of Sadar tehsil, 40-year-old Naresh and 15-year-old Usman of Beli village have died due to lightning. At the same time, 13-year-old child Raja Babu has died in Kata village of Meja tehsil. While 34-year-old Ram Singh of Tevara village and 25-year-old Gayal of Beli village were scorched by lightning.