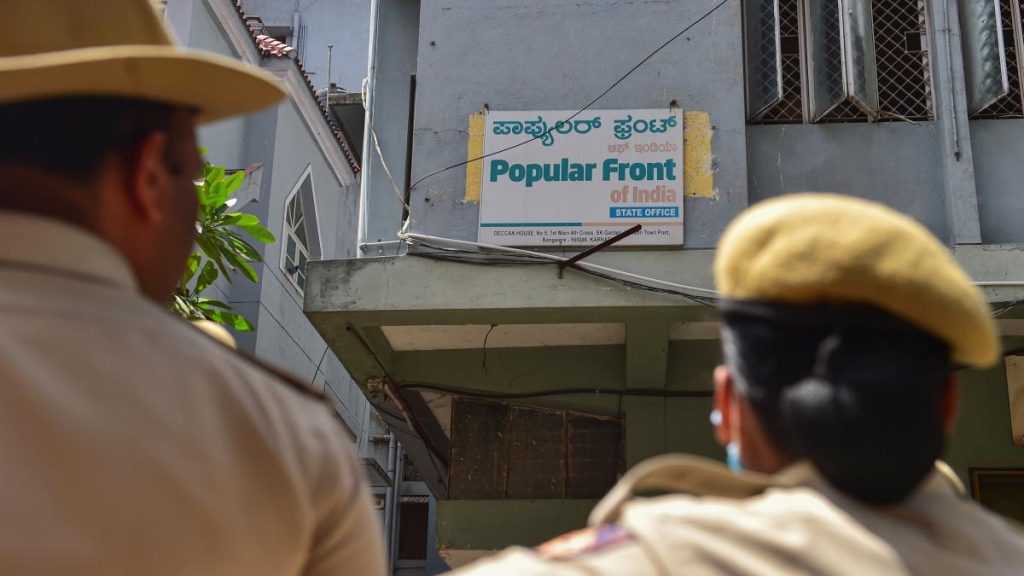 The month of September, two dates. PM Modi had reached Kochi, Kerala to hand over INS Vikrant to the Indian Navy. NSA Ajit Doval was also there for the security of the PM. Doval’s focus was only on the security of PM Modi here. But during this time his team was also engaged in another important work. This task was to uproot the entire network of Popular Front of India (PFI) from Kerala. For this, NSA Doval first held a meeting with the police officers in Kerala. Here Doval informed the police about his action plan. Then from Kerala, Doval reached Mumbai. Staying away from the limelight here, Doval held a meeting with the security officials at the Governor’s House. This entire mission was kept secret like the operation of surgical strike and the decision to withdraw 370 from Jammu and Kashmir. For this, meetings with prominent Islamic leaders were also held three-four months ago. The news related to the raids on more than 150 places came again the day of action. That is, 22 November 2022. About 200 officers of the NIA raided the places associated with the PFI. In this, more than a hundred terror funding accused have been arrested. In this very secretly planned operation, about 150 locations in 15 states were raided simultaneously. In this, action took place from Kerala to Delhi, UP. In this, the national president of PFI OMA Salaam was arrested from Kerala. At the same time, Delhi PFI chief Parvez Ahmed was also arrested. Policemen taking the PFI member to Patiala House Court for production, this operation started late at 1 pm. 4 IG, 1 ADG and 16 SP rank officers were involved in the operation. In the entire raid, 150 mobiles and 50 laptops have also been investigated. Arrested PFI leaders and workers were also produced in Delhi. The Patiala House Court has sent them to custody till 26 September. According to the information, the entire operation was done under the supervision of Home Minister Amit Shah, National Security Advisor Ajit Doval and he had planned this entire operation. The entire plan was kept top secret only at the behest of Amit Shah. Along with this, the aircraft of the officers of the agencies were also kept completely ready in every state. So that these people associated with PFI can be brought to different locations quickly by sitting in the aircraft. Where they can be questioned and legal action can be taken against them. Action taken together There were many special things about today’s action on PFI. The first is that all the bases were raided simultaneously. With this, such a big action was dealt with in a very peaceful manner. There was no need to fire even a single bullet. Sources say that some more terror groups are on target in the coming times, on which further action will be taken according to the inputs. PFI, SDPI workers demonstrated against the raids in Karnataka, they were detained, however, voices are also being raised against the action of NIA. PFI workers created a ruckus there against the action taken in Malappuram, Kerala. Similarly, there was a ruckus in Jaipur against the arrest of a suspected PFI worker from Rajasthan. There was also a demonstration of Muslim organizations at the District Collectorate in Kota in support of PFI.