UP: Two smugglers from Bihar arrested with heroin worth 50 lakhs, were going to Ghazipur for delivery Com Auto News 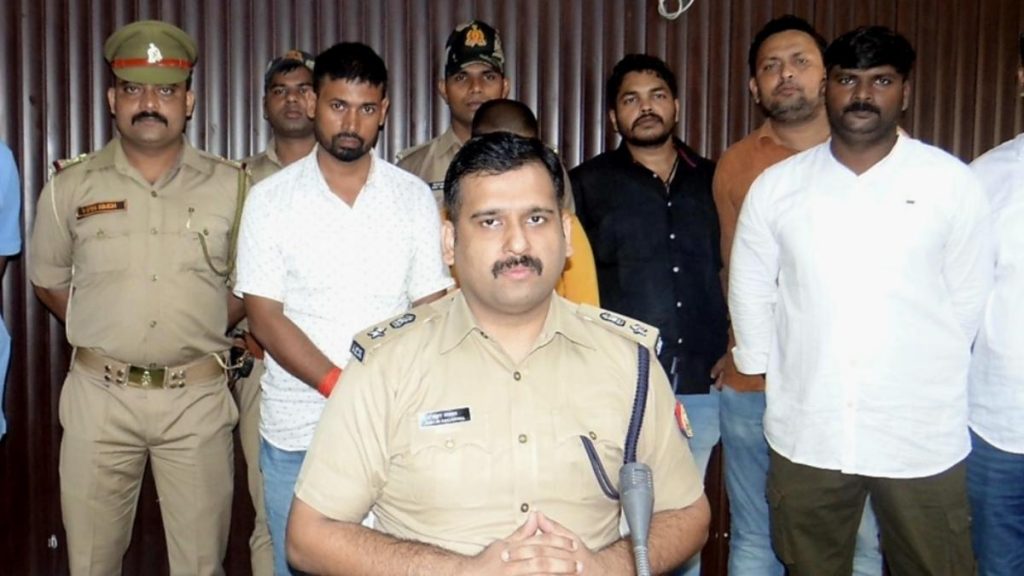 In Uttar Pradesh, Chandauli’s Dhina police and SWAT team have arrested two drug smugglers along with heroine in a joint action. 515 grams of heroin has been recovered from these two drug smugglers. This consignment of heroine was being taken from Bihar via Chandauli to Ghazipur for delivery. The police has sent both the smugglers to jail and is investigating their entire network. Actually, the Uttar Pradesh government is very strict about drug trafficking these days. To prevent this, the police is continuously running a campaign. During this, the Chandauli police had received information that drug smugglers were going to pass through Chandauli with a consignment of drugs from Bihar. After this, the Dhina police and SWAT team of Chandauli district, taking joint action, laid siege. Two youths riding bikes were caught. During the search, the police found 515 grams of heroin from him. Its price is being said to be around 50 lakh rupees. Both the arrested drug smugglers are residents of Bihar. In the case, Chandauli SP Ankur Aggarwal said, “Our campaign against smuggling of narcotics is going on. Under this, Dhina police station and SWAT team have recovered 515 grams of heroin, which is worth about Rs 50 lakh. In this case. Two smugglers have been arrested.” He further said, “Both the arrested smugglers are being interrogated. Police is trying to find out from where they used to bring the drugs and to whom they supplied. Legal action is being taken against them and their entire network.” being traced.”