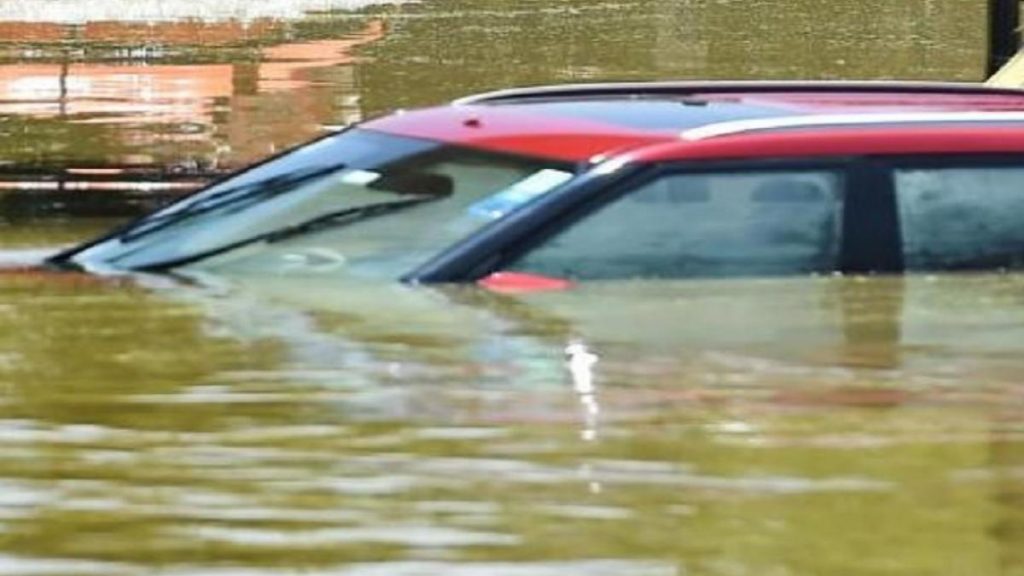 A major accident has happened in Mandi district of Himachal Pradesh. On the national highway near six miles of the city, a car went down the road and fell into the Beas river. According to the information, there were 3 people in the car. Out of this, 2 people died on the spot. Another passenger is said to be seriously injured. The injured have been admitted to the zonal hospital in Mandi. The deceased are said to be residents of Gurdaspur. All three people were returning after roaming in Manali. The accident took place on the Chandigarh-Manali NH 21 in six miles of Pandoh on late Thursday evening. Both the tourists who died in this accident were residents of Chandigarh and Gurdaspur. They have been identified as Prateek Sabarbal and Har Mor Singh Sandhu. The post-mortem of both the dead will be done on Friday and the bodies will be handed over to the relatives. According to the report, this car of Punjab number got out of control and fell into the river on the Chandigarh-Manali highway. Mandi SP Shalini Agnihotri has also confirmed the incident. He said, “Two youths were killed and one was seriously injured in a road accident in Pandoh. Police is investigating after reaching the spot and the bodies will be handed over to the relatives after conducting post-mortem.”