How is the situation in Britain after the riots? Hindu businessmen narrated their ordeal Com Auto News 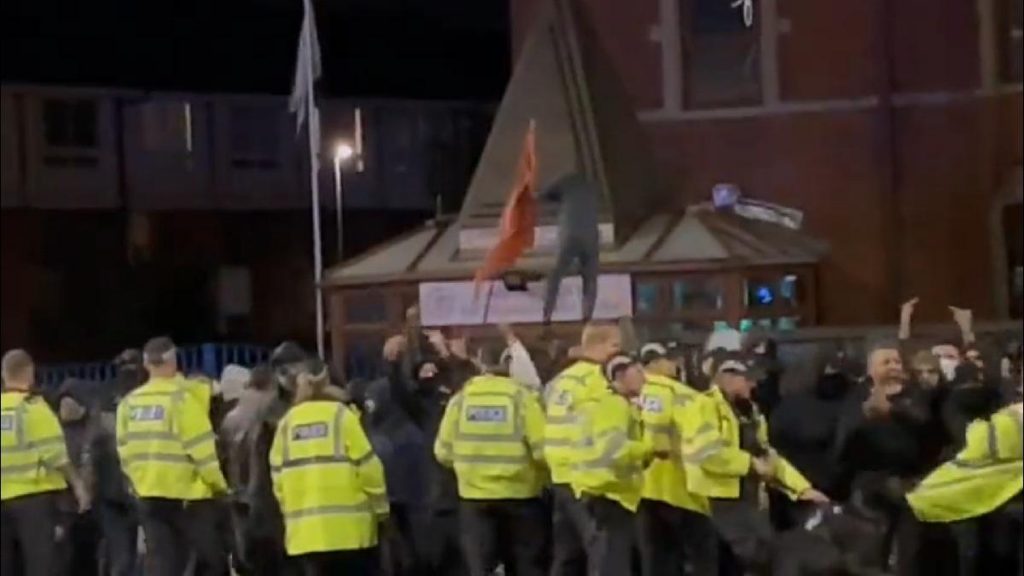 
In the UK city of Leicester, the fire of tension between two communities has spread fear by burning the harmony. The situation is that whether the common man is a Hindu or a Muslim, he is afraid to take himself or his child out of the house. Businessmen are not able to start their work, there is a fear in their mind that sometime no mob may come and attack them. After the demolition in the temple, the atmosphere is more hot. Police has converted many areas of the city into cantonments, yet fear is not coming out of the minds of the people.

According to Jay Patel, who runs a veg restaurant in Leicester, around 80 people had come to his restaurant for dinner on Saturday evening. All these included family, couple and a local leader. Then suddenly a crowd of people marching from that area passed through there. There must have been about 100 people in the crowd, most of whom had their faces covered with masks and were wearing black clothes.

Some of these people also had weapons, which was a terrible sight. Due to the crowd, so much fear came to mind that all the lights of the restaurant were switched off and the curtains were put up. Jai Patel says that really that time was very scary for us.

Jai Patel told that since then all the next reservations of the restaurant were canceled. Jai Patel further said that people are canceling the reservation of their tables and speaking about the crowded incident that now we do not want to come there.

It’s all really intimidating in Lester

Kishore Chauhan’s biggest problem is the upcoming festive month, which is feared to fade away due to riots. Kishore Chauhan believes that due to the recent incident, people will stop coming to this area. While Navratri is starting from Monday and the festival of Diwali is also on 24th October.

Kishor Chauhan said that he hopes that both the communities understand and stop this quarrel, because if this continues even in the festive season, then the business will come to a standstill. Aside from business, the tension needs to be quelled, as it will tarnish Lester’s reputation and scare outsiders into coming here, causing Lester to lose some of the sheen that remains.

How did such raging tension spread among the quiet Lester?
Leicester is a place where Hindu and Muslim people of Indian and Pakistani origin have been living together for decades. There used to be some tension during matches like India and Pakistan, but it never took the form of tension. But the match between India and Pakistan which took place on August 28, worsened the atmosphere.

The tension escalated when a mob of people reached the Shiva temple in the city and ransacked it. Not only this, a man climbed the wall of the temple and threw down the saffron flag above it. There was also a strong reaction from India regarding the temple incident.

What is the action of the police in the midst of tension
Leicester Police is in continuous action mode in this matter and till now 47 people related to this tension have been arrested. Some of these people have also been sent to jail for possessing weapons. At the same time, the police has appealed to the people and said that people should not pay attention to the rumors spreading on social media. At the same time, the police has deployed more force in the tension-affected areas. The suspects are being monitored.