What did the Navy Chief say on China’s growing challenge and Indian preparedness in the Indian Ocean? Com Auto News 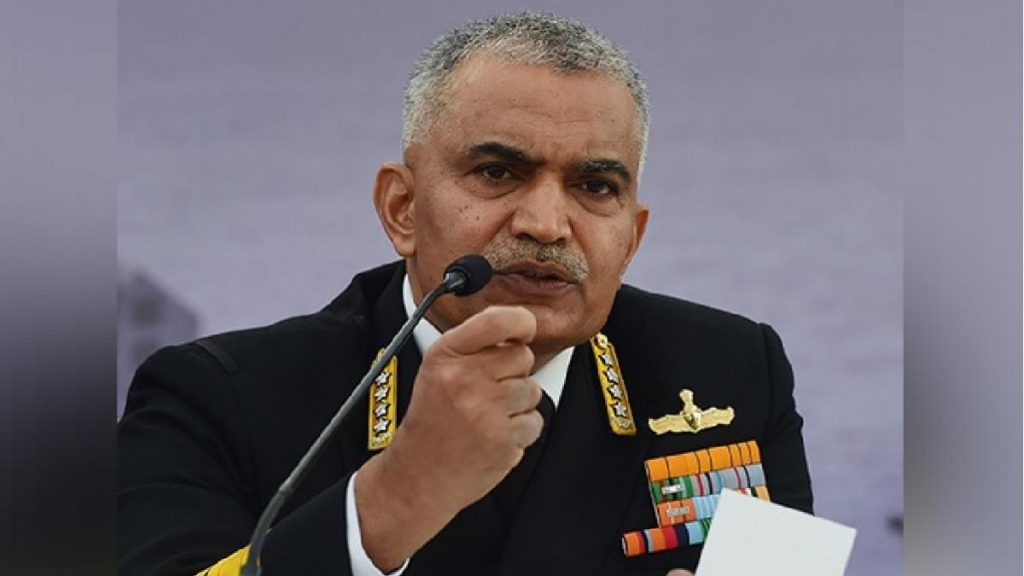 
Regarding China, Navy Chief Admiral R Hari Kumar has warned that this country still remains a difficult challenge for us. China has increased its presence not only on the land borders of India but also on the maritime borders. Admiral Kumar said that the Navy is constantly monitoring the Indian Ocean region.

In his address on the topic ‘India’s Naval Revolution: Becoming an Ocean Power’ in New Delhi on Tuesday, Admiral Kumar spoke on the traditional and other security challenges facing the country. He said that despite economic difficulties, Pakistan has continued to modernize its army, especially its navy, which is going to be extensively expanded by 2030-2050.

Along with these traditional military challenges, terrorism remains a major security challenge as it continues to grow, he said. In this environment, challenges remain in front of India regarding security. He said that challenges are being received regularly from China. Given such circumstances, a possible war with the opponents cannot be ruled out.

The Navy Chief said, China remains a challenge in this regard and it is increasing its presence not only at the ground level but also at the sea level.

He said that China has been making its presence felt in the Indian Ocean since 2008 and has even built its military base in Djibouti. He is also involved in the construction of various ports in the Indian Ocean in Sri Lanka, Myanmar, Pakistan and other countries.

He said that plans and development policies are not prepared for a particular country. These are based on promoting our defense needs and interests in the maritime domain.

Addressing the 49th session of the All India Management Association (AIM), he said, we all have to understand that tomorrow’s war will be fought on many fronts, not just at sea. It will be fought on land, air, sea, digital world and even within our mind.

Indian Navy aims to be self-reliant by 2047

Asked about the lessons learned from the Russia-Ukraine war, he said, “It is easy to start any war but very difficult to bring it to an end.” It is said that any country fights for three reasons: fear, respect and interests. We have seen all these three reasons with Russia.

Admiral Kumar said in his address about the self-reliance of the Indian Navy, you will be happy to know that in the last seven years 29 ships were inducted in the Navy, all of them were built in India itself. Presently 38 out of 40 ships are under construction. Our aim is to make the Indian Navy completely self-reliant by 2047.