The lover killed the girlfriend with a sharp weapon, buried the dead body and planted plants Com Auto News 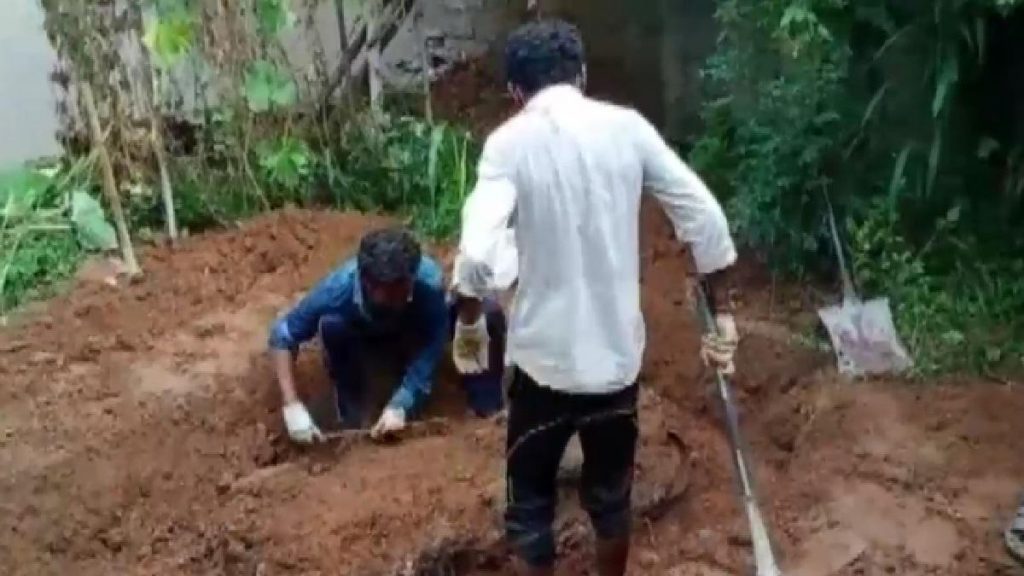 A lover brutally murdered his girlfriend in Raigad city of Chhattisgarh. He executed the incident in a film style. The policemen were also surprised at the recovery of the body. The police arrested the accused and sent him to jail. However, after this incident, the victim’s family is still in panic. A young woman was living with her lover for two years in the Chakradharnagar police station area of ​​the city. One day the lover had seen the girlfriend with someone else. After this a dreadful plot of murder was hatched. The girlfriend was killed with a sharp weapon and buried in the courtyard of the house. Plants were planted over it. No one even came to know about this incident. The sister got suspicious after seeing the soil of the courtyard, on 16 September, the sister of the deceased lodged a missing report with the police. It was told that his sister has been missing since September 1. A lot of search was done for him, but no trace has been found. On the second day of writing the missing report, when he opened the door of the house, he saw that the soil of the courtyard was carved. There are some plants there. Related news Sister got suspicious, so she started removing the soil. In the meantime, when he saw the dead body of his sister, the ground slipped under his feet. He informed the police about this. The police reached the spot and took out the body in the presence of relatives. With the legal action, the police started looking for the accused. Accused arrested from Jashpur Additional superintendent of police said, “The lover of the deceased, Khageshwar alias Ajay Yadav, has been arrested from Jashpur district. He has confessed to the murder. The accused has told that he had sexually assaulted the girlfriend with a young man. He was very angry after this incident. That’s why he took this step.” (Report- Naresh Sharma)