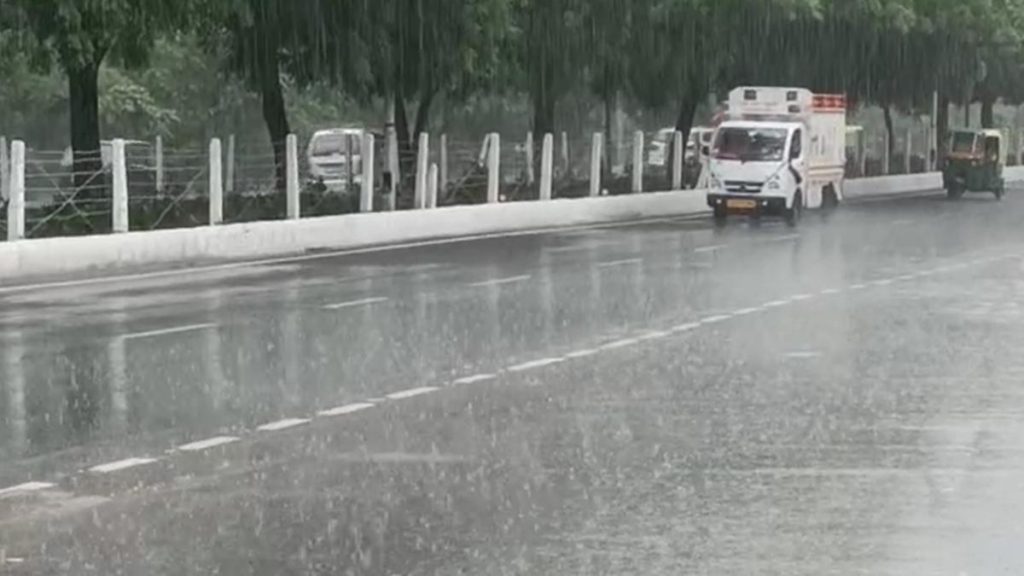 Delhi Weather Forecast, IMD Rainfall Alert: The weather took a sudden turn in Delhi-NCR on Wednesday afternoon. Heavy rain started in the national capital Delhi and its adjoining areas with strong wind. Due to heavy rains in many areas including Delhi, Noida, Greater Noida, the temperature also declined. Due to the rains, people living in Delhi NCR have also got relief from the heat. The Meteorological Department has also given relief information for the people of Delhi. IMD forecast that there is a possibility of rain in Delhi for the next five days. At the same time, there will be clouds in the sky. Earlier, on Tuesday also, there was moderate rain in many areas of Delhi NCR, due to which many areas were waterlogged. Due to water logging, there was also a situation of traffic jam. On Tuesday, Delhi recorded a maximum temperature of 34.7 degrees Celsius and a minimum temperature of 24.6 degrees Celsius. According to the data shared by IMD, the humidity at 5:30 pm was recorded at 73 per cent. The minimum and maximum temperatures are likely to be 24 degree Celsius and 32 degree Celsius respectively on Wednesday. According to data from the Central Pollution Control Board, Delhi’s air quality index (AQI) was recorded in the ‘moderate’ (116) category at around 6.30 pm. An AQI between zero and 50 is ‘good’, 51 and 100 ‘satisfactory’, 101 and 200 ‘moderate’, 201 and 300 ‘poor’, 301 and 400 ‘very poor’ and 401 and 500 ‘very poor’. Considered ‘serious’. (Input- Arun Tyagi)