Something like a ‘flying saucer’ suddenly appeared in the lake! learn the truth Com Auto News 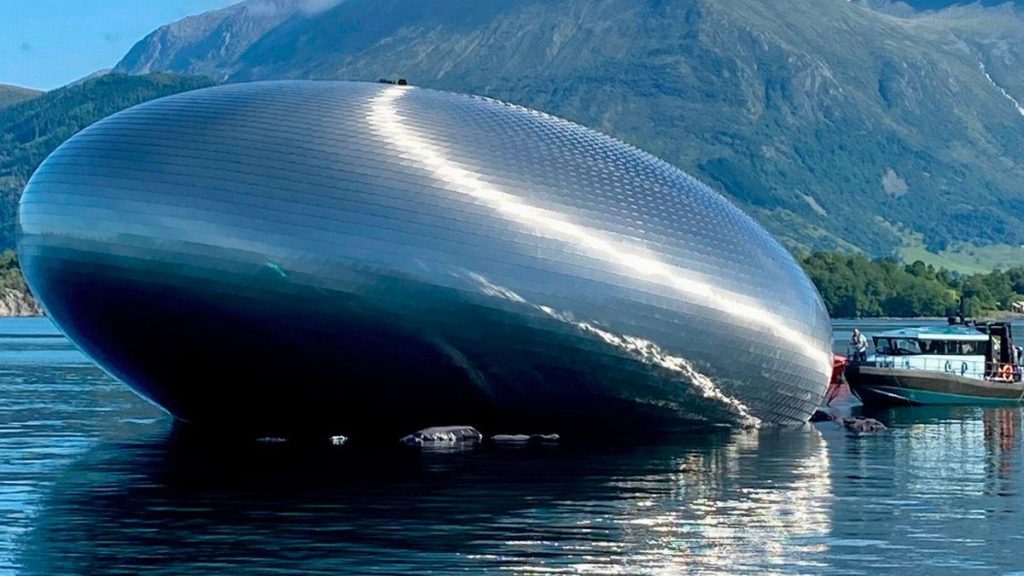 
Suddenly a big thing resembling a ‘flying saucer’ or UFO appeared from inside the lake. The local residents were surprised to see this. For once he felt that the flying saucer visible in the sky had appeared from under the water. However, the reality turned out to be something else.

According to the report of ‘The Mirror’, this matter is from Norway. Actually this thing like ‘flying saucer’ is a building. Its name is Salmon Eye. It is present in the Hardangerfjord of Norway. The building was inaugurated on 2 September.

The exterior of the building looks like a salmon or whale fish. This building is an information center related to fisheries and is an art installation center.

The building is 48 feet high. There will also be space for cinema and exhibition inside the four-storey building.

Entry will be done by electric boats

The entry of people coming to see ‘Salmon Eye’ will be quite grand. People can come here by electric boats. This building can easily withstand the waves of 13 feet high water.

The building has been constructed by Danish architect Kvarning Design. At the same time, the financial help of this project has been given by Sondre Eide. Sondre Eide is the CEO of Fjordbruk.

Kvorning Design’s communications manager, Gitte Olsson, told the story behind the idea. He said, ‘Coming to Salmon Eye, people will get information about fisheries and the production techniques related to it.’

Why was it named ‘Salmon Eye’?

Gitte said that the exterior design of the building is shiny, which matches the silver skin of the salmon fish. At the same time, its design has been prepared by looking at the eyes of the fish. This is the reason why this building has been named ‘Salmon Eye’.

According to Gitte, this building will soon be included in the identity of Norway. Google Earth has also uploaded its satellite images.

Will have to wait to see ‘Salmon Eye’ from inside

There is an open terrace on the roof of this building, where the surrounding mountains and lake can be seen at 360 degrees. However, people will have to wait to see ‘Salmon Eye’. Because when it will open for the general public, it has not been officially announced.

According to the report of ‘Mirror’, the idea of ​​​​building the building came 3 years ago to businessman Sondre Ede.