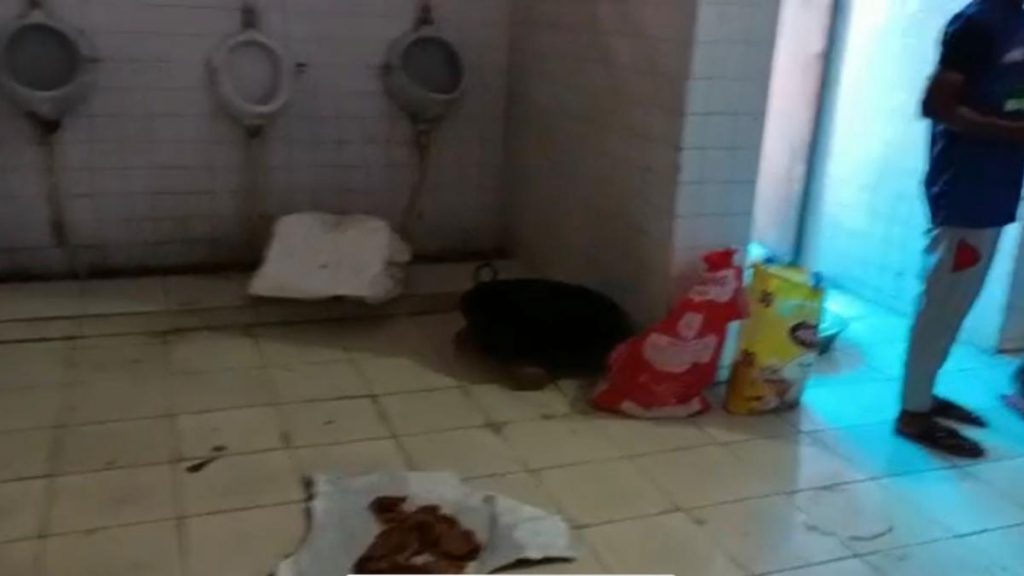 During the Kabaddi competition organized at Dr. Bhimrao Sports Stadium in Saharanpur, Uttar Pradesh, players were forced to eat food cooked inside the toilet. Saharanpur sports officer Animesh Saxena has been suspended after its video went viral. Along with this, the District Magistrate has set up an inquiry. In fact, a three-day event of Sub Junior (Girls) Kabaddi competition was organized at Dr. Bhimrao Sports Stadium in Saharanpur. This state level kabaddi competition lasted from 16 September to 18 September, in which 17 teams participated. That is, a team of more than 200 people had come. The food of these people was prepared in the toilet. The players were fed cooked food in the toilet and raw rice was served. On this, the sports officer Animesh Saxena said that when the food was prepared, the confectioner’s rice was spoiled, that rice was thrown and rice was made again. However, the sports officer gave a different argument on getting the food cooked in the toilet. Sports Officer Animesh Saxena said that due to rain, food items were kept in the changing room adjacent to the swimming pool, because the construction work is going on all around the stadium, due to this we decided to cook food in the changing room of the swimming pool. Arrangements were made, while in the viral video it can be seen how food is being prepared in the toilet. After the video went viral, District Magistrate Saharanpur Akhilesh Singh has directed ADM Finance and Revenue Rajnish Kumar Mishra to investigate and submit the report. Along with this, he said that the mobile number of the players participating in the competition should be talked about in this matter and the report should be presented with evidence. Meanwhile, sports officer of Saharanpur Animesh Saxena has been suspended by the Directorate of Sports for serving spoiled food to the players and using toilet as kitchen in the girls’ kabaddi competition held in Saharanpur.