How the ‘Anti-Hijab Revolution’ broke out in Iran, why have women taken to the streets over the death of a 22-year-old girl? Com Auto News 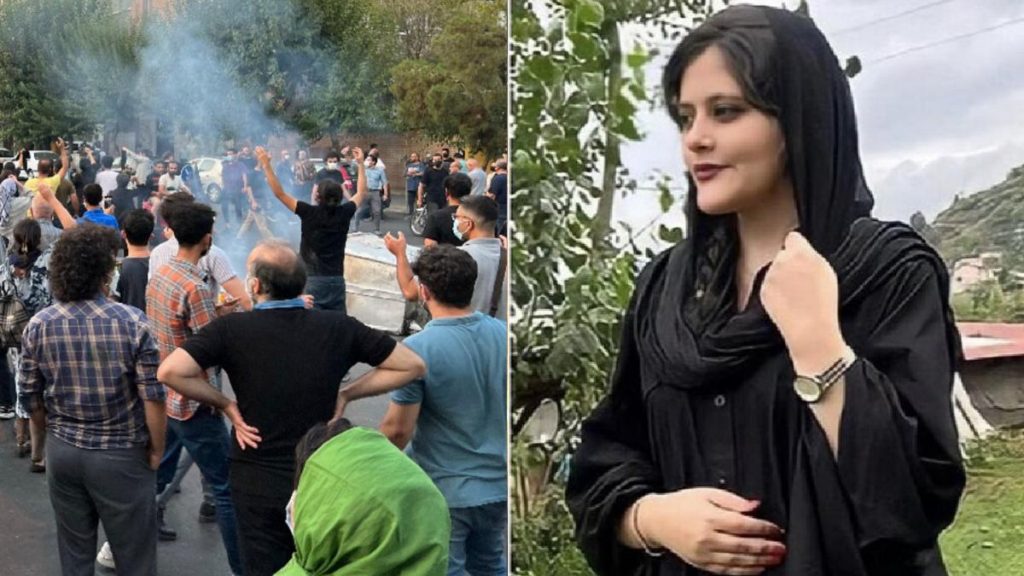 
In Iran, the ruckus continues after the death of 22-year-old girl Mahsa Amini in police custody. Women are protesting in many parts of the country. In the capital Tehran, many times the situation went out of control of the security forces, due to which they had to resort to tear gas shells and firing. If reports are to be believed, the chief of the Iran Moral Police has been removed from the post on the third day amid the demonstrations.

The 22-year-old Iranian girl Mahsa was detained by the police for not wearing the hijab properly. He died in police custody, after which the anger of the people boiled and people started protesting in different parts of the country starting from Tehran. According to media reports, so far two people have died in these demonstrations. While a large number of people are also said to be injured.

According to reports, two civilians, Fouad Kadimi and Mohsin Mohammadi, who were injured in a demonstration in Diwandarrah Town, Iran, have died during treatment at Kosar Hospital. At the same time, 15 people are said to be injured, who are undergoing treatment.

Iran police called Mahsa Amini’s death unfortunate
Iran Police has described the death of Mahsa Amini as an unfortunate incident. At the same time, the police has also denied that during the custody Mahsa Amini was physically hurt.

Hussein Rahimi, Commander of the Greater Tehran Police, said in a press conference that the death of Mahsa Amini is very unfortunate and we wish that such an incident should never happen again.

Rahimi further said that wrong allegations are being made against Iran Police in this case. He said that Amini was not harmed in any way in custody. Even after this, the police tried their best to save him.

America also became strict about the death of Mahsa Amini
A spokesman for the White House National Security Council said about Mahsa’s death that the US wants accountability in this matter. A White House spokesman said that Mahsa Amini’s death in police custody for not wearing the hijab properly was a great disgrace to human rights.

A US White House spokesman said that women in Iran should have the right to dress of their own choice without violence and harassment. Iran must now stop the violence against women. He said that there should be accountability on Mahsa’s death.

However, the police say that Mahsa Amini died due to a heart attack, while Amini’s family says that Mahsa was completely fine before being taken into police custody. He died only after being tortured by the police.

As soon as the news of Mahsa Amini’s death spread, people got angry. Women started expressing their protest against the government. On the day Mahsa Amin was buried, a crowd of about 500 people demonstrated near his house, after which the police arrested many people.

This woman removed her hijab and threw it in the air in front of security forces and dared them to arrest her. Men cheered for her.
This is Sanandaj & people took to the streets to protest against the murdering of #MahsaAmini who was beaten to death by hijab police in Iran. pic.twitter.com/QwAsomPmFl

Video of women cutting hair goes viral on social media
On the death of Mahsa Amini in Iran, where women took to the streets to protest, they protested in a unique way on social media. Many women shared the video on social media, in which they are seen cutting their hair.

Apart from this, women have also lodged protest in different ways. Many women took off their hijab while demonstrating and threw it on the road. At the same time, if reports are to be believed, in many places women have also demonstrated by burning hijab.

What are the rules in Iran regarding Hijab?
Being an Islamic country, Sharia law is fully implemented in Iran. Under this law, no girl above seven years of age in Iran is allowed to come out with her hair open. Also, girls older than 7 years are asked to wear loose clothes.

Recently, on July 5, Iran’s President Ibrahim Raisi implemented the hijab law in the country. As soon as it was implemented, another restriction became a rule and dominated the heads of women.

If women break this rule, they will be fined or can even be arrested. Mahsa Amini was also detained by Tehran’s ethical police for not wearing the hijab properly.

In such a situation, in this dispute regarding hijab, the women of Iran have definitely made the government aware of their power. Although, there has not been an official statement from the government regarding this demonstration, but the deployment of security forces in big cities is telling that the government has come under concern due to the demonstration.