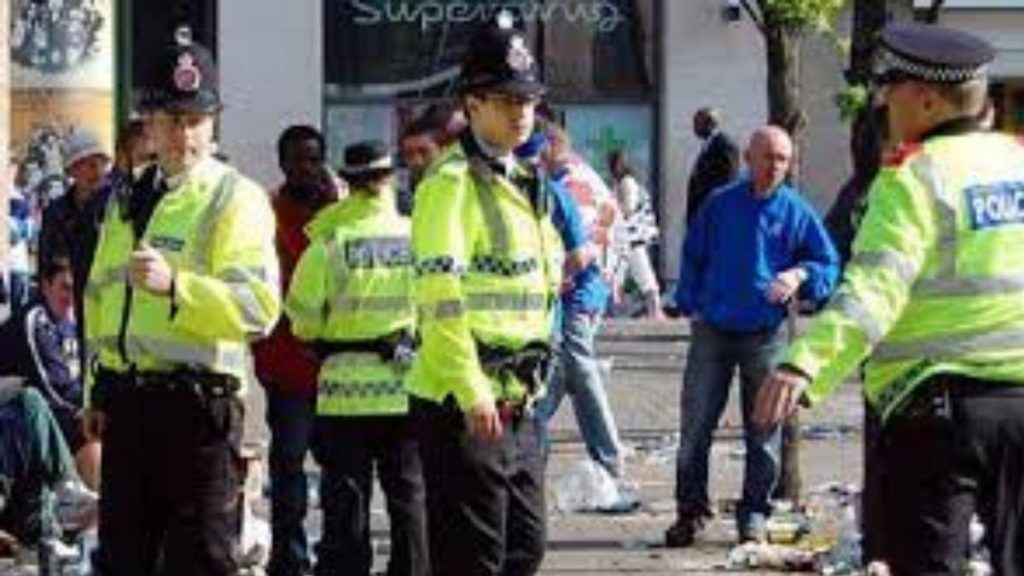 
There was a huge uproar outside the temple located on Spawn Lane in Smethwick, England on Tuesday. According to the information, about 200 people of a sect of the temple gathered. It is being told that during this time bottles were also thrown. However, the police immediately brought the situation under control. People are being dispersed from there.

According to local media, an information was shared on social media, in which it was said that a gathering is to be held outside the Durga Bhavan temple on Spawn Lane. However, a call for a peaceful protest was given. After this, hundreds of people from the Muslim community gathered there. In view of the situation of uproar, the police was informed. A large number of police forces are deployed on the spot.

At the same time, it has been said from the priest of the temple that we are good people. False allegations have been made. People of all communities come to our temple. A conspiracy is being hatched to spoil the situation here. But there is no problem from our side. On the other hand, Ragih Muflihi, president of the Imam group and president of the multi-religion group in Sandwell, said that leaders of all religions will not allow any unpleasant situation to spread.

According to Sky News, around 200 people had gathered outside the temple. Some of the protesters threw bottles. This made the situation very sensitive. However, the police did not allow the situation to deteriorate. Now the situation is said to be under control.

what is the matter

The protesters gathered outside the temple were protesting against the program to be organized in the temple by a spokesperson. However, this program was later canceled. It is being told that the speaker, who was supposed to give a speech in the program, is accused of making controversial remarks against other communities. Because of this he was the target of the protesters.

What did the local police say?

We had received information that protests were taking place in West Bromwich. The reason for this was a speaker’s program at the temple in Spawn Lane. However, we were told that later the event has been cancelled. Along with this, the person who was being opposed is not living in the UK. A police spokesperson said that we have a long history of facilitating peaceful protests and upholding the right to protest. But the general public should not be inconvenienced by such demonstrations, it is also to be taken care of.