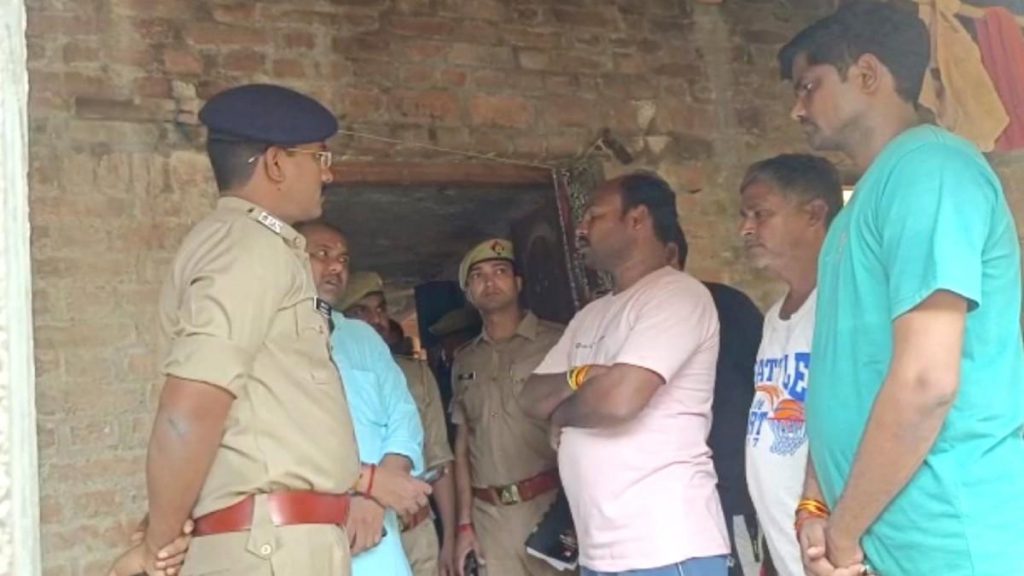 In Amethi, Uttar Pradesh, under suspicious circumstances, two children were brutally murdered by cutting them with a sharp weapon. The dead body of his mother was found hanging on the noose inside the room itself. After the murder of the children, there are speculations that the mother will be hanged. There is a case of Kukaha Rampur village of Shivratanganj police station area. A 28-year-old woman and her two children were found dead inside their house in Kukaha Rampur village on Tuesday morning, police said. The deceased have been identified as Sheetal, his son Nitesh (4) and daughter Nidhi (6). The bodies were found lying in the room. Police said that the woman lived in the village with her 65-year-old mother-in-law while her husband Dharmaraj Saroj works in Lucknow. Related news A crowd of people gathered at the spot. It was told that when Sheetal did not open the door of the room in the morning, her mother-in-law broke the door with the help of neighbors. After this it was seen that the bodies of the children were mutilated with sharp weapons and the body of the woman was found hanging from the ceiling in the room. This information was given to the local police. The police reached the spot and started legal proceedings by taking possession of the dead body. Now questions are being raised whether the woman herself was hanged after killing her children, or someone else did the incident. It is being told that the door was locked from inside. Superintendent of Police (SP) Elmaran ji said that initially it seems to be a case of suicide, as the door was locked from inside. He said the bodies have been sent for post-mortem and further investigation is on.